Time to bail on Gold and Silver... right? 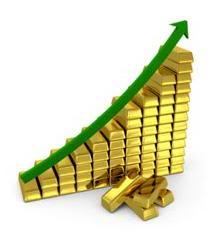 It's been interesting to watch the mainstream media coverage of Gold and Silver the last few months.
Every time gold undergoes a significant correction, the gold bears come out of the woodwork to proclaim that the gold 'bubble' has finally burst and we're about to see a massive sell-off.
The viewpoint is propagated despite the fact that the global debt crisis goes hand in hand with monetary inflationism. Governments faced with either significantly cutting bloated spending levels and raising taxes always choose  currency debasement as the easy way out.
The notion that Gold and Silver are in a bubble, either from a fundamental or technical perspective, simply does not stand to reason.
And one only has to look at what Central Banks around the world are doing to frame those assertions properly.
As noted in yesterday's Globe and Mail newspaper, Central Banks are going on a Gold Rush.
Official net purchases of Gold by Central Banks exploded in the recently completed third quarter of 2011. Central Banks purchased 148.8 tonnes of Gold, more than double the entire amount of government buying in 2010 according to a report by the World Gold Council, a London-based industry association.
The surge is startling to some because until last year, Central Banks had been net sellers of gold for two decades. But this year they are adding to stockpiles at what the Gold Council reckons is a record pace, reflecting deep concern about the longer-term viability of the U.S. dollar and the euro as stores of value.
“We are seeing what now looks like unprecedented levels of central bank buying,” said Marcus Grubb, managing director, investment, at the Gold Council. “We do believe this is a long-term trend. This is not just short-term, tactical buying.”
Do you think they would be buying if Gold and Silver were in bubbles perched on highs that were about to plunge dramatically?
Of course this news came yesterday which happened to be a day when both Gold and Silver plunged dramatically.  Silver was down over $2.00 and has left some scratching their heads in bewilderment.
The blog, The Golden Truth, made note of Silver's steep decline yesterday and pointed the finger at one culprit: JP Morgan.
As faithful readers of this blog know all too well, JP Morgan is is hopelessly short COMEX silver futures and by the explicit admission of one of the CFTC directors, JP Morgan manipulates the silver market illegally.
And Silver watchers this week have seen some stunning developments occurring in the COMEX markets.
Two days ago, in a move which raised eyebrows throughout the precious metals trading community, JP Morgan moved 1.1 million ounces of silver from the the "eligible" bin and into the "registered" bin. This amount represents nearly 50% of JPM's "eligible" silver
(The COMEX inventory of gold and silver is reported on a daily basis and breaks out the inventory between "eligible," which is metal being "safekept" at the COMEX by investors who have taken delivery, and "registered," which is the metal that has been certified by the COMEX to meet its delivery standards and is being held for the purposes of delivery.)
The author of The Golden Truth, having studied the COMEX open interest and inventories for nearly 10 years, believes that the outright size of this inventory move by JP Morgan is unusually large and would suggest that JP Morgan is anticipating the probability of having to deliver a lot of silver for the December delivery month (of which JP Morgan is likely short at least 17k of the current 34k open interest, or 85 million ounces.)
Many analysts, seeing these developments, have been bracing themselves for another smackdown of the precious metals.
This is because, with 9 trading days left until the "first notice" day (November 30th) for December silver deliveries, the open interest for December remains extraordinarily high.
In order for the December open interest to get down to a level which represents just the total amount of registered silver - roughly 33 million ounces - the December open interest will have to bleed down to 6600 contracts. This is a big liquidation in just 9 days.
When you combine this with JP Morgan's recent inventory behavior, the implication is that delivery supply could get very tight this month.
To drive down the open interest, it is crucial that the spot price of Silver comes down precipitously.
As The Golden Truth notes:

The key here is to understand that the action between now and first notice day for December delivery has nothing to do with market fundamentals or outright global demand for silver and everything to do with JP Morgan's ability to try and force the silver market lower to protect its short position AND the unwillingness of our Government to enforce the laws in place to prevent this kind of market manipulation. Furthermore, the key to trading and investing in silver when the market goes through phases like this is to either hold what you got and don't watch the intra-day volatility or buy the down-spikes aggressively and take some profits on the rebound, but make sure you take full advantage of this market inefficiency and wealth-enhancing opportunity and increase your overall holdings.

Look at what is happening in Europe right now. Do the fundamentals suggest flight from the precious metals?
Yes, liquidity issues are prompting a sell off in the only assets that are performing well (Gold/Silver) in order to access cash, and that is part of the reason for the sell-off, But close inspection of the sell-off times and amounts have got JP Morgan's manipulation fingerprints and style M.O. all over them.
The Golden Truth makes a keen observation:

One of these days the market is going to blow up in JP Morgan's face because they won't have enough physical supply of silver to meet delivery demands and we'll be reading about JP Morgan the same way we are reading about MF Global, only it will be many multiples more severe. It will potentially be catastrophic to the U.S. dollar and any remaining faith thereof. You want to make sure you have as much of your paper money moved into gold and silver because when the market does blow up like that, the end-game will be near and gold and silver will undergo a breathtaking move higher. I would suggest that behavior like we are seeing by JP Morgan this week indicates that the "blow up" event is getting closer.

Please read disclaimer at bottom of blog.
Posted by Whisperer at 1:12 AM