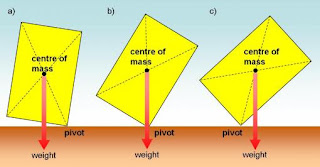 Last week TD Bank came out and forecast a "larger-than-average price and sales correction" for the housing market in Vancouver next year projecting a sales drop of 15% and a home-price decrease of 12%.
The mere fact that they are making such a forecast is significant on it's own. Warnings of an overblown market have moved from the fringe of the blogosphere to the mainstream with only the staunchest of the bulls denying the inevitable.
The question now is... by how much will it correct?
When the US market collapsed in 2006, it was a small segment of the market - the subprime sector - that started the domino's falling.
But no one saw it coming because the subprime sector was considered such a small segment of the mortgage market that even if it did collapse, no one believed the repercussions would be felt let alone have a significant impact (see the portion of video below at the 5:12 mark where economist Ben Stein chastises Peter Schiff about the significance of the subprime market).

As it turned out, subprime was but the first of a number of domino's that fell... triggering a full scale collapse.
Fast forward to today. TD is predicting a 12% correction in the Greater Vancouver market. But what will be the repercussions of that first domino falling?
As we have documented over and over, the biggest concern in Canada is the huge debt load being carried by Canadians. Many local blogs have long speculated on just how significant a factor the overextended homeowner will be when the market starts it's unwind.
A close acquaintance of mine lives in the Vancouver suburb of Surrey (an area that respected blogger Garth Turner recently predicted would see a 30% correction if the national market tanks 15%).
A staunch housing bear himself, my close acquaintance rents the house he is currently living in. The home was recently assessed at a value of $450,000 and the landlord is the quintessential poster child of the over-extended, amateur Vancouver landlord.
Owning her own home in Coquitlam (another Vancouver suburb) plus two rental homes in Surrey, she constantly struggles to make ends meet.
Recently a spat of repairs were required on the house my acquaintance lives in.
First, the garage door sustained damage. When arrangements were made for an assessment from a repairman, the landlord asked my friend to pay the $80 charge (which would be deducted from the next month's rent) because she no longer had a credit card.
Next, the dishwasher failed.  A plumber was called and he replaced the garburator (a repair that had been put off since summer) as well as the dishwasher.  And while the landlord arranged a cash payment for these (delivering the money to my friend to give to the plumber on the day the work was to be done), the plumber later confided the landlord had been in tears on the phone as they discussed the best place to secure the 'lowest' price on a new dishwasher.
I'm sure you won't be surprised to learn that all repairs seemed to be "under the table" with no apparent HST tax paid.
There are other repairs that are required at the house but are "on hold" because the landlord admits to cash flow problems.
The landlord has told my friend that the house was a gift she received from her parents over 13 years ago.
So does that mean the property is mortgage free?

In the 3 years my friend has been at this house, he has accommodated 3 requests to have the property assessed for HELOC applications. In the most recent visit (always by the same assessor), the assessor let slip that he had also been doing the same on her two other properties. She has maxed out the available equity on this house (about six years ago this money was used to purchase the second rental home), the second rental home and her own house.
Now, with TD Bank expecting a market correction of 12%, where will this landlord wind up?
This landlord (not unlike many others in the Lower Mainland) have been using their homes as personal ATM machines.  And the money they have taken out against their properties is spent.
This particular landlord struggles to maintain basic repairs on the homes and is in a personal financial situation where she no longer has access to credit cards.
What will a 12% drop in property values mean to this landlord?
On the one Surrey home (assessed value $450,000), a 12% correction is a loss in $54,000 in mortgaged asset value. A 15% drop translates to a loss of $67,500. If we were to realize Garth Turner's prediction of a 30% drop - the loss on this house would be $135,000.
Without continued price appreciation, not only is the HELOC ATM most assuredly closed to her for future withdrawals but any major repair or incident will be devastating to family finances.
If the other two homes are of equal value, she is facing a total drop of $162,000/$202,500/$405,000 in asset value (based on drops of 12%/15%/30%), none of which is equity. Are the banks going to blindly renew mortgages on these three properties when she could be underwater by almost half a million dollars on all three combined?
At what point does the straw break the proverbial camel's back?
How many more are in similar circumstances?
Without a dramatic turnaround in the economy, how can these people avoid any other fate besides default, bankruptcy and foreclosure?
Anecdotal evidence suggests there is a strong likelihood that a higher percentage of Greater Vancouver homeowners are in this situation vis-a-vis the greater mortgage market than there were subprime mortgage holders in the US mortgage market.
A 12% or 15% correction does not sound like much, but given the dynamics of the Vancouver market it could be devastating.
==================

Please read disclaimer at bottom of blog.
Posted by Whisperer at 12:36 PM