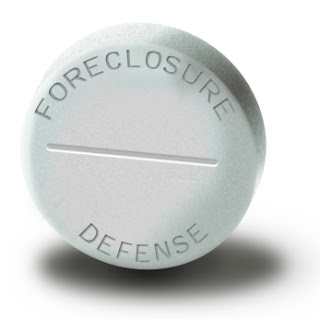 All the talk of a housing correction of 12% (or more) in 2012 - and the impact such a correction might have on those already tightly squeezed by their current debt situation - raises an interesting question.
What will banks do at mortgage renewal time?
It is interesting to watch the reactions of the average Canadian when you raise the topic of US subprime mortgages.
They know very little about what a US subprime mortgage is.
In the United States, it is common for people with mortgages to have a 30 year term at the same interest rate for all 30 years.
Subprime mortgages were for those for didn't qualify for these type of mortgages.  Subprime mortgages were for shorter terms (1 - 7 years) with teaser rates that would expire. Basically subprime mortgages were mortgages that had an interest rate that would 'reset' after a few years and the mortgage holders had to go out and get a new mortgage.
Once this is explained to them the average Canadian's brow furrows, the head cocks, and you can almost smell the wood burning as the realization dawns.
Virtually every single Canadian has a 1, 3 or 5 year mortgage with an interest rate that 'resets' at current market rates at the end of the 1, 3 or 5 year mortgage term.  And by 'reset' we mean a brand new mortgage is issued to the mortgage holder.
Virtually every single Canadian mortgage is just like an American subprime mortgage.
In the United States, as the housing bubble burst and property values began to collapse, many subprime mortgage holders were forced to renew mortgages at substantially higher interest rates. Many faced significant interest rate hikes because of their risky status and the underwater state of their mortgage vs their property value.
In Canada the situation is somewhat different with the CMHC but what will happen in Greater Vancouver to a Lower Mainland homeowner who has a $500,000 mortgage with no equity (because of HELOC withdrawals) and has seen the 'value' of their property drop 12% - 15% (or as some are predicting - 30%).
A 15% drop in 'value' means you are asking for a new mortgage that is now $75,000 greater than the appraised value of the property.
A 30% drop could leave people underwater by as much as $150,000. (We won't even begin to factor in the situation faced by the 0/40 crowd whose 5 year terms are coming due just as the Conservatives ponder reducing mortgage terms to 25 years next March).
Will the bank renew these mortgages?
Most people assume they will.
But some people to question is this is, in fact, the case. Over on the blog, Vancouver Condo Info, one contributor noted the following this morning:

"Recently I had an informal talk with a friend who works at one of the big Canadian banks. I asked him if he noticed any changes in the mortgage business. He said it’s still going strong. Interestingly though he also mentioned that he noticed an interesting phenomenon... if the mortgage was $600k or higher (most of the time this resulted from clients rolling in other kind of debt into their mortgage payments) the principal appears to have remained at the same level for the last 2-3 years. He noted that these $600k+ clients appear to be paying the principal over the years but after a while they ask that some line of credit with $30k-60k on it be rolled in the mortgage which bumps the principal back to previous years’ values. I asked what would happen if the clients can’t pay… does the bank take the property into foreclosure? The way he answered caught me a little off guard. It felt like he never quiet thought the process through. He said that the bank will work quite hard to 'help' the client continue paying. He seemed to think that the foreclosure procedure was the solution of last resort."

What I find striking is that I have also raised this point with colleagues who work at some of the big banks and I get a similar, perplexing response.
No one really seems to know for sure because no one has really addressed this question.
Everyone assumes that banks won't be foreclosing because it is assumed the banks won't gain by foreclosing. That to do so (foreclose) wouldn't be in the bank's interests because it would cause a glut of inventory that will crash the housing market.
But will this stop the banks?
One thing we know for sure is that there are foreclosures happening in BC and elsewhere in the country. Did the banks avoid foreclosing on these people?
Nope.
So why do you think they will avoid foreclosing on you when the time comes?
Remember... the vast majority of these mortgages carry CMHC insurance (which is why the banks were willing to make these stupid loans in the first place).  If the banks foreclose, they don't lose a penny on the loan.  They could flood the market with properties, drive market prices dramatically downward, and they won't care.
They could sell the $500,000 house to anyone who will give them anything - say $200,000 - and all the bank does is turn around and hold out their hand to CMHC for the $300,000 they lost on the transaction.
If we were to have a rash of people caught in large underwater positions on their mortgages, what is the incentive for the banks to avoid the foreclosure process (and as you rationalize why they will do this - ask yourself why they didn't do it to the people who are currently being foreclosed on)?
As it is, the foreclosure process in BC is already long and arduous (taking over a year plus to complete). Banks have a responsibility first and foremost to their shareholders. It you are in a financial bind, why will banks make it worse by renewing bad loans?
Yet the vast majority of people you talk to are convinced the banks will "work very hard to make sure you keep your property" and will utilize foreclosure as a last resort. They are also convinced that the government will step in if these conditions evolve and pressure the banks not to foreclose to protect the economy. Many are convinced CMHC will be instructed to guarantee underwater mortgage renewals so long as they are renewals.
I suspect a great many homeowners in Greater Vancouver are going to be supremely shocked at the difference between the bank's definition of 'last resort' and their own.

I further suspect they will be stunned at the indifference of government to the financial hardships caused by a collapsing real estate market when CMHC offers no such support for massive underwater mortgage renewals.

Please read disclaimer at bottom of blog.
Posted by Whisperer at 9:06 AM