The bailouts continue... you're just not hearing about them 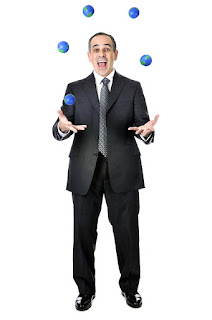 A while back, US Republican candidate Ron Paul commented on the ongoing bailouts of Europe by the US Federal Reserve:


The Fed's latest actions in cooperating with foreign central banks to undertake liquidity swaps of dollars for foreign currencies is another reason why Congress needs enhanced power to oversee and audit the Fed.  Under current law Congress cannot examine these types of agreements.  Those who would argue that auditing the Fed or these agreements with central banks harms the Fed's independence should reevaluate the Fed's supposed independence when the Fed bails out Europe so soon after President Obama promised US assistance in resolving the Euro crisis.

And today the Wall Street Journal reported that former Dallas Fed Vice President, Gerald Driscoll has come right out and accused the Fed of bailing out Europe courtesy of "incomprehensible" currency swaps, and implicitly accusing Bernanke of lying that he would not bail out Europe even as he has done precisely that.

The Federal Reserve's Covert Bailout of Europe
When is a loan between central banks not a loan? When it is a dollars-for-euros currency swap.
America's central bank, the Federal Reserve, is engaged in a bailout of European banks. Surprisingly, its operation is largely unnoticed here.
The Fed is using what is termed a "temporary U.S. dollar liquidity swap arrangement" with the European Central Bank (ECB). There are similar arrangements with the central banks of Canada, England, Switzerland and Japan. Simply put, the Fed trades or "swaps" dollars for euros. The Fed is compensated by payment of an interest rate (currently 50 basis points, or one-half of 1%) above the overnight index swap rate. The ECB, which guarantees to return the dollars at an exchange rate fixed at the time the original swap is made, then lends the dollars to European banks of its choosing.
Why are the Fed and the ECB doing this? The Fed could, after all, lend directly to U.S. branches of foreign banks. It did a great deal of lending to foreign banks under various special credit facilities in the aftermath of Lehman's collapse in the fall of 2008. Or, the ECB could lend euros to banks and they could purchase dollars in foreign-exchange markets. The world is, after all, awash in dollars.
The two central banks are engaging in this roundabout procedure because each needs a fig leaf. The Fed was embarrassed by the revelations of its prior largess with foreign banks. It does not want the debt of foreign banks on its books. A currency swap with the ECB is not technically a loan.
The ECB is entangled in an even bigger legal and political mess. What the heads of many European governments want is for the ECB to bail them out. The central bank and some European governments say that it cannot constitutionally do that. The ECB would also prefer not to create boatloads of new euros, since it wants to keep its reputation as an inflation-fighter intact. To mitigate its euro lending, it borrows dollars to lend them to its banks. That keeps the supply of new euros down. This lending replaces dollar funding from U.S. banks and money-market institutions that are curtailing their lending to European banks—which need the dollars to finance trade, among other activities. Meanwhile, European governments pressure the banks to purchase still more sovereign debt.
This Byzantine financial arrangement could hardly be better designed to confuse observers, and it has largely succeeded on this side of the Atlantic, where press coverage has been light. Reporting in Europe is on the mark. On Dec. 21 the Frankfurter Allgemeine Zeitung noted on its website that European banks took three-month credits worth $33 billion, which was financed by a swap between the ECB and the Fed. When it first came out in 2009 that the Greek government was much more heavily indebted than previously known, currency swaps reportedly arranged by Goldman Sachs were one subterfuge employed to hide its debts.
The Fed had more than $600 billion of currency swaps on its books in the fall of 2008. Those draws were largely paid down by January 2010. As recently as a few weeks ago, the amount under the swap renewal agreement announced last summer was $2.4 billion. For the week ending Dec. 14, however, the amount jumped to $54 billion. For the week ending Dec. 21, the total went up by a little more than $8 billion. The aforementioned $33 billion three-month loan was not picked up because it was only booked by the ECB on Dec. 22, falling outside the Fed's reporting week. Notably, the Bank of Japan drew almost $5 billion in the most recent week. Could a bailout of Japanese banks be afoot? (All data come from the Federal Reserve Board H.4.1. release, the New York Fed's Swap Operations report, and the ECB website.)

Please read disclaimer at bottom of blog.
Posted by Whisperer at 10:23 AM