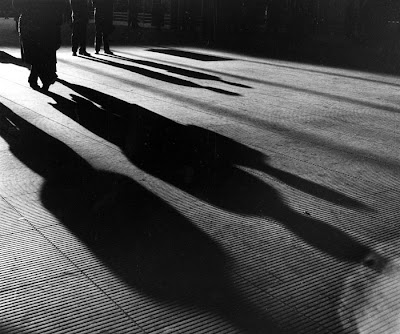 In case you haven't seen it, the Globe and Mail has started a series on the Canadian Real Estate market called 'the long shadow over Canada's Housing Market'.

I encourage you to read the full story.

I disagree with parts. The writer states, "The trouble is not that Canada is on the brink of a gruesome real estate bust like the U.S. – because it isn’t. It has been shielded by more cautious lending practices, and avoided such bad practices as zero-down-payment or no-documentation mortgages. With few exceptions, Canadians have equity in their homes."

As faithful readers know, this blog has contantly talked about how Canada has done exactly all of those things. We aren't 'shielded' at all. When our market starts collapsing in earnest, those practices will be clearly exposed.

The Globe article, however, does focus on the emerging trend that is raising alarm bells in the real estate industry.

We are nearing the completion of the 5th consecutive month of year over year sales declines of 40% or more. More significantly, each of those 5 months will have registered sales totals that are the lowest in the last 10 - 15 years... meaning that the sales drop is not simply the year over year fallout of a blistering hot sales year in 2009.

The fear identified in the Globe article is that we have entered a period of stagnation or slowly falling prices. And weak home sales coupled with waning construction activity will cut off one of the engines that drove impressive economic growth and job creation in the years before the 2008 financial crisis.

Housing has played a stunning role in keeping Canada's economy rolling. And a significant correction in housing will hit our nation hard.

As the Globe notes the primary reason for that, of course, is the mountain of debt carried by many Canadian households. Canadians will soon owe more than $1.50 for every dollar of disposable income, an unprecedented level.

It all adds up to a simple, unpleasant equation: High debts, plus high home prices, plus high unemployment, plus slow growth in incomes will all have dramatic implications for employment and consumer spending levels – and for an economy that has grown accustomed to relying on housing-related spending for about 20%t of its gross domestic product.

Consumer credit accounts for practically all household borrowing outside of residential mortgage debt. Personal debt such as credit lines, credit cards and loans make up the majority of outstanding consumer credit.

After last year’s record borrowing binge, if the trend holds, we could see retail purchases drop by as much as $6 billion YOY in just the final quarter of 2010.

The fear is that the economy begin to sputter, weighted down under record debt, falling home prices and a sudden collapse in spending as exhausted consumers refuse to borrow.

The Globe and Mail article notes that market forecasters are near-unanimous in the belief that prices will fall in the coming years, though few foresee the sort of rapid declines that savaged the American market.

I would suggest to you that analysis is wrong.

We arrogantly proclaim the American disaster was largely fuelled by loans made to people who weren't creditworthy and that Canada's problem is different.

We insist that easy credit is luring people into buying houses they may not be able to afford when rates rise to more historically normal levels.

But when those rates do rise to more historically normal levels, then it will be Canadians who are now no longer creditworthy. Almost all Canadian home mortgages are structured like the infamous American subprime loans. Who do you know who has a 25 or 30 year mortgage here?

Those 'deadbeat Americans' were able to afford the mortgage payments when they were are the subprime teaser interest rate levels. They only became a problem when the interest rates reset higher and they couldn't secure another loan at the low teaser rate level.

Our situation is as different from the American situation as we want to believe.

The vast majority of Canadians have 5 year mortgages. And they all have emergency level low interest rates attached to them... teaser rates, if you will.

And all are going to reset... at higher rates.

I personally know an astonishing number of people in Vancouver who have bought in the last 3 years. And almost all have bought the maximum amount of house they could afford under these ultra low interest rates.

None can handle a return to the average interest rate of the last 20 years: 8.25%.

At 8.25% they are most certainly uncreditworthy.

The Globe and Mail outlines the short term looming crisis of the slow melt and I agree with them.

It's what could will get the 'fire' burning.

Toss in higher interest rates and the conditions for implosion are complete.

Remember... calculate inflation as it was calculated prior to 2000 and inflation in September was 8.5%. Add to that the fact the US Federal Reserve wants a significantly higher level of inflation than the one we are currently experiencing.

Please read disclaimer at bottom of blog.
Posted by Whisperer at 2:11 AM