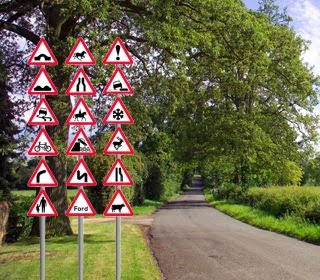 So the big item on a lot of Canadian blogs today is a report from TD Bank titled Canadian Household Debt a Cause for Concern.

A couple of salient points:

Thus we have a situation whereby if the Bank of Canada rate rises to 3.5% from the current 1%, over 10% of all households will be diverting over 40% of their pay to debt servicing.

And I can guarantee you that in the Village on the Edge of the Rainforest this will apply to more than 10% of all households.

As I have said over and over, it is going to be rising interest rates that will trigger an implosion of our housing market, with Vancouver as ground zero of a massive correction.

Those who wring their hands in frustration at the stubborn persistance of the housing bubble here only have to look at interest rates to find the reason why.

The Bank of Canada has issued endless warnings about the levels of our debt and the threat of rising interest rates. Bank after bank has come out with similar warnings.

Interest rates are at emergency levels. They will not stay there.

If you own, now is the time to cash in on your equity. Well invested it will multiply exponentially in the coming years as we are hit with the ravages of currency induced cost push inflation.

If you're afflicted with housing lust, DON'T BUY! Rent and force yourself to invest the difference between what you pay in rent and what you would be paying on a mortgage. When inflation and cost push inflation strikes, and the housing market collapses under rising interest rates, you will be in a position to buy a house outright - double digit interest rates be damned.

The warning signs are everywhere. I do not yearn for the carnage they portent, but neither do I deny the ominous calamity they give warning to.

Recognize those warning signs... and position yourself to take advantage of what's coming.

Please read disclaimer at bottom of blog.
Posted by Whisperer at 7:12 PM