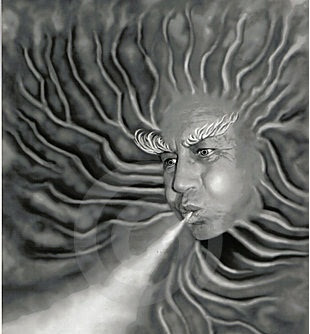 I sat back today and watched events play out. Without a doubt we are living through one of the most fascinating periods in history.

Faithful readers know I consider the events of 2008 a massive financial earthquake, the depth and breadth of which many of us still do not fully understand nor appreciate.

Two years later the fallout is only just starting to be felt.

This massive story took a couple of interesting twists today.

Early this morning Reuters had reported that a bill toughening foreclosure challenges had zoomed through the Senate last week.

The bill, named the Interstate Recognition of Notarizations Act, would require courts to accept document notarizations made out of state. Its sponsors intended to promote interstate commerce. But homeowner advocates warn the bill could allow lenders to cut even more corners as they seek to evict homeowners... not to mention make it easier for forged documents to be easily accepted.

The bill passed without public debate in a way that even surprised its main sponsor, Republican Representative Robert Aderholt. It requires courts to accept as valid document notarizations made out of state, making it harder to challenge the authenticity of foreclosure and other legal documents.

The timing raised eyebrows, coming as a rising furor over improper affidavits and other filings in foreclosure actions by large mortgage processors was making big news.

But by this afternoon the White House announced that President Obama will not sign the bill passed by Congress without public debate using a "pocket veto" on the bill, which will effectively kill it.

This story has a long ways to play out yet.

Meanwhile, overnight, gold soared into a new record high above $1365 US with silver following suit putting in a fresh 30 year high at $23.53 US as the US Dollar continued sinking further in the Asian and early European trading.

A number of analyst had predicted that the trend would come under assault when morning came to North America and it did. As the sun rose here it was not long before the Euro, the Swissie and the Pound began giving up their gains and out came the selling in the metals pits.

It will be interesting to watch the overnight battle on the gold/silver front. Europe and Asia are piling into gold like crazy.

In India there is a gold rush going on the likes of which that country has not witnessed in a decades. Fears of double dip recession in the US and the subsequent global fallout of such an event has caused high net-worth individuals in India to shift assets massively.

"The way this class (wealthy investors) responds to a fear situation is by buying bars and kilos of gold," said A L Adjaniawala, precious metals analyst at KJMC Capital, a Mumbai-based research firm. "Given the firming up of bank deposit rates in India, consumers in the world's biggest buyer of the precious metal are keen to increase the share of gold in their investment portfolio to 20%-25% over the following year, from the current 10%-12%."

Meanwhile Silver swung over a dollar over the course of the day.

All week I have been meaning to do an in depth post on this topic. A number of readers of this blog are staunch defenders of the looming deflation scenario.

We will have deflation... in some areas.

But we are also going to suffer a concurrent bout of inflation too, producing a paradox that many have difficulty reconciling.

The vicious cycle created by the Federal Reserve’s Quantitative Easing monetary policy is kicking in.

We are seeing a huge influx of speculative money flows into the commodity sector pushing up food prices across the board. At some point, sooner rather than later, the rising cost at the wholesale level as indicated by the CCI and the futures boards will translate into higher retail prices for consumers, who are already being pinched by stagnant wages and falling net worth.

As long as the market is convinced that the Federal Reserve is going to set off another round of QE, it will go after the US Dollar driving it lower forcing money into commodities making life miserable for a large swath of North American citizenry.

The decision by the Federal Reserve to deliberately sacrifice the Dollar is going to come back and haunt all of us for years to come.

When I can, I will expand on this.

Please read disclaimer at bottom of blog.
Posted by Whisperer at 3:15 PM