Monetizing the US Debt 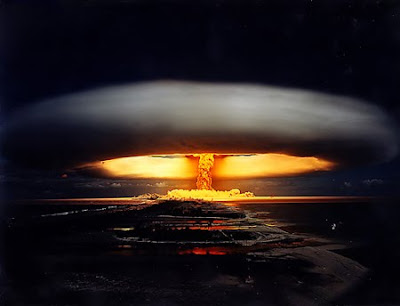 For the past few weeks the blogosphere has been debating the 'real' purpose of QE2.

The underlying sentiment? That QE2 has nothing to do with stimulating the economy but is, in fact, a covert way for the US Federal Reserve to monetize the debt.

Richard W. Fisher, president and CEO of the Federal Reserve Bank of Dallas, posted a stunning commentary on it's website.

Titled Recent Decisions of the Federal Open Market Committee: A Bridge to Fiscal Sanity?, the Dallas Fed has publicly admitted that "The math of this new exercise is readily transparent: The Federal Reserve will buy $110 billion a month in Treasuries, an amount that, annualized, represents the projected deficit of the federal government for next year. For the next eight months, the nation’s central bank will be monetizing the federal debt."

This is a stunning admission.

As I said, a stunning admission.

I will be stunned if the immediate response is not a gigantic spike in precious metals later today.

I have a feeling today is going to be one of those 'bookmark' days in history.

Do you smell that? Do you smell that?... QE2 son... Nothing else in the world smells like that. I love the smell of QE2 in the morning... The smell... you know, that gasoline smell... the whole economy. It smelled like... victory. Some day this recession is gonna end...

Email ThisBlogThis!Share to TwitterShare to FacebookShare to Pinterest
Labels: monetization, Monetizing the US Debt