The Celebration at the end of Game 5 of the Western Conference Finals...

As the vast majority of you know, the main focus in the Village on the Edge of the Rainforest right now is on the City's National Hockey League franchise, the Vancouver Canucks.
In what is rapidly becoming a storybook year, the Canucks are celebrating their 40th Anniversary season and it has been 40 unremarkable years.  But this year has been special and is culminating with an appearance in the Stanley Cup final.
Vancouver last won the Stanley Cup in 1915, 96 years ago, when the Vancouver Millionaires accomplished the feat.  In the 40 year history of the Vancouver Canucks, the team made it to the Stanley Cup finals in 1982, 1994 and now... 2011.
And as this charmed season progresses, here is an obscure trivia fact for you.
Canada has hosted 3 Olympic Games; 1976 in Montreal, 1988 in Calgary and 2010 in Vancouver.
A year after Montreal hosted the 1976 Games, the Montreal Canadiens won the 1977 Stanley Cup.
A year after Calgary hosted the 1988 Games, the Calgary Flames won the 1989 Stanley Cup.
And a year after Vancouver hosted the 2010 Games, will the Vancouver Canucks win the 2011 Stanley Cup? 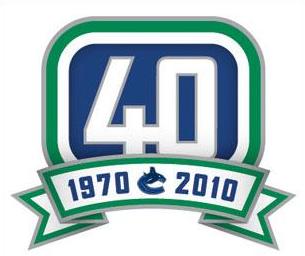 Please read disclaimer at bottom of blog.
Posted by Whisperer at 11:43 AM

Email ThisBlogThis!Share to TwitterShare to FacebookShare to Pinterest
Labels: Canucks