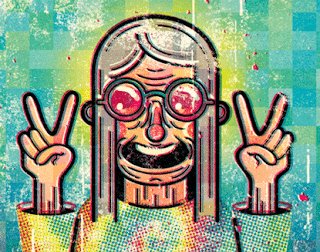 As we wait for news of the Federal Budget, an interesting scenario for you to ponder.

Tuesday's post made reference to Vancouver realtor Larry Yatkowsky and his website comment that a number of his colleagues believed that the Vancouver Real Estate market is currently in a state of  "turmoil."

All the negative reports about Real Estate in the mainstream media are combining with an absence of Asian buyers to severely dampen sales activity.

Tuesday's post also referenced early March data (unconfirmed) from Richmond suggesting that there are 1,000 houses for sale in the previous HAM hotbed with only 80 sold so far this month. This is a profound drop from the approximately 220 sold in each of March 2011 and 2010.

Yesterday Yatkowsky, in his monthly series of community snapshots, profiled Richmond and confirmed the trend of slowing sales with data available to him.

His description: March R/E sales in Richmond are best described as 'sliding into one of the communities deep ditches.'

R/E sales in Richmond have been sagging for a few months now. And for those properties that do sell, it seems that they only do so because sellers are prepared to move significantly on price.

Such is the case with this property at 6231 Gibbons Drive in Richmond. 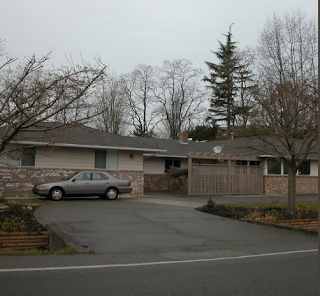 This 3,500 square foot house sits on a huge 21,857 foot lot in the prestigious Terra Nova neighbourhood.

Being side by side, the fact that both properties were simultaneously for sale was promoted as a selling point as you can see in this listing for 6251 Gibbons Drive (it makes note of the fact that the neighbouring 6231 is for sale too). 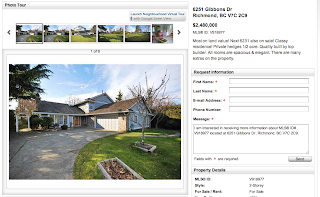 And why not? With almost identical asking prices, perhaps both could be picked up as a package deal, ideal for a speculator looking to develop. The massive lot size makes it a prime candidate in the high end Terra Nova area.

But the property has languished on the market for years now.

Even at the height of all the HAM insanity, which seemed to bring other Richmond properties in line with it's high asking price, 6231 failed to sell.

By now faithful readers are well aware that the majority of the self-indulgent Boomer generation have failed to prepare for their senior years.

Seven out of 10 Boomers do not have enough money set aside for retirement. And since 2011 marked the beginning of the great Boomer transition into retirement, this financial planning statistic is significant.

Starting in 1946, the demographic Post-World War II baby boom began. And the Boomers at the front of this wave have benefitted most from seemingly everything.

Now, as these Boomers head into retirement without adequate funding to carry them through their golden years, the vast majority have a very simple retirement plan: sell their bubble inflated asset of a house, downsize and live off the proceeds.

Thus the Boomer Trigger... trigger the sale of the one significant asset they have to fund their retirement. At the same time, if the market slows, Boomers can use their original purchase price advantage to under cut other sellers in a collapsing market - a maneuver which has the potential to crash the market if done by a large number of Boomers at the same time.

6231 Gibbons Drive represents the perfect example of this... and why the Boomer Trigger could burst the massive Greater Vancouver housing bubble.

The red hot real estate market in the Lower Mainland has started to turn. Richmond has stagnated. Down 10% month over month.

Concern is mounting among the Boomers:
And with MOI treding up, inventory trending up, banks withdrawing capital from mortgage lending, Asian money disappearing as China engineers it's own soft landing in real estate and CMHC tightening up thanks to OSFI; it’s all there.

Enter the Boomer Trigger. Home owners, like the one at 6231, probably see the writing on the wall. It's time to act and strike a deal before it is too late.

I am told 6231 Gibbons Drive sold this week.

It's still a windfall for the owner.  Sure... it's not the $2.4 million he originally insisted upon. But unlike the condo at the Four Seasons Whistler hotel which sold for 50% off the original $1.1 million purchase price, this house was probably bought for only $60,000.

With that perspective, $1.4 million is a massive appreciation over the original purchase price.

And coming down almost a cool $1 million off the asking price to make the sale isn't all that hard to do once the psychological barrier of what the property is 'worth' is overcome.

It's the Boomer advantage.

Look for more and more Boomers to pull that Trigger if conditions continue to stagnate as the year moves along.

And if they do, market 'turmoil' will quickly become market 'panic'.

In fact 'panic' doesn't even come close to describing what could evolve.