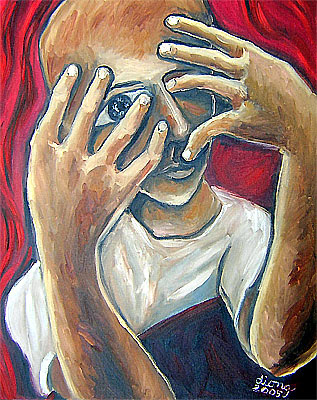 Anyone who is old enough to remember the 1970s and 1980s will remember the rise of Japan as an economic force in the world.
And as the rising sun exerted it's economic power, wealthy Japanese were buying real estate everywhere. As improbable as it seems today, people were confident the Japanese financial taps would never be closed.
How quaint to recall this today as the Japanese miracle is in tatters and China is the economic force from the far east.
But now the China miracle is in doubt.  And as the Chinese government attempts to engineer their own 'soft landing' in real estate, HAM is evaporating before our eyes.
Which brings us to an interesting tidbit over on Realtor Larry Yatkowsky's site yesterday. Yatkowsky was moved to note that:

"Current informal coffee chats with some of my fellow Vancouver Realtors suggest a market in turmoil."

By 'turmoil', I presume Yatkowsky means 'no sales'.
Early March data from Richmond suggests there are 1,000 houses for sale in the previous HAM hotbed of Richmond with only 80 sold so far this month. This is a profound drop from the approximately 220 sold in each of March 2011 and 2010.
Presumably the other HAM hotbed of Vancouver is suffering just as severely.
Webster's defines 'turmoil' as "a state or condition of extreme confusion, agitation, or commotion." No offense, but that's how I would have described the market from 2003-2011.
Personally I think events this month suggest that this is a market withering in the throes of rationality.
It's all about perspective, I guess.
==================

Please read disclaimer at bottom of blog.
Posted by Whisperer at 5:05 AM