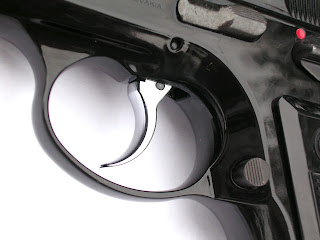 As followers of this blog know, China has been trying to engineer a 'soft landing' in their real estate bubble for a few months now.
With property values down over 40% in some cities, some wonder if the 'soft' landing is becoming a 'hard' landing.
Nothwithstanding, China appears resolved to maintain the course they have charted.  In fact China's Premier Wen Jiabao has said he believes there would be chaos if the curbs in the Chinese property market were relaxed.
The ripple effect from these property curbs are being felt around the world and especially in the Village on the Edge of the Rainforest. As property values tumble in China, the evaporating equity is turning off the taps for high end real estate sales to HAM in Vancouver.
But while real estate sales are down, the market has not stalled completely. Canadians continue to pig out on mortgage debt and it has finally reached the point the feds believe it may be time to engineer our own 'soft' landing in the real estate market.
If you have been following the news the past week, several banks have publicly come out calling for a tightening of regulations with an increase in minimum downpayment to 7% and reducing amortization periods from 30 years to 25 years.
This public proposals have been followed up by draft set of changes put forth by the Office of the Superintendent of Financial Institutions (OSFI) of Canada - proposals which will likely be implemented.

(It's less of a draft than a preview of what is coming)
Some of those proposals would leave the casual observer scratching their head in wonderment that they are not already in place.
Banks would have to double-check borrowers’ finances before approving loans.
Home values would have to be confirmed.
HELOCs would see tighter regulations with be less available to access, a move that would slow the use of home equity for more real estate speculation.
Considering how we like to puff out our national chest and boast about the 'soundness' of our banking system, you might find yourself scratching your head that these conditions aren't already in place.
Ditto for the suggestion that banks end the practice of giving cash back to applicants to cover their downpayment.
The claim that our country doesn't give out zero down loans is a lie.
Banks will give you as much as 7% of mortgage back to you in cash.  This means you don't need the 5% down and can actually walk away with money in your pocket to buy a house.
Cutting this off is going to have a dramatic effect on the entry level buyers.
Another change with a dramatic effect is a proposal clarifying mortgage renewals.
This is a topic we have discussed numerous times and have never been able to ascertain clear guidelines about.
What would happen if, at mortgage renewal time, you were seriously underwater (25% or greater) on your mortgage?  Would you be able to renew without coming up with a serious amount of cash to correct the underwater status of your loan?
The common belief is that once you score a mortgage, it’s just automatically renewed at the end of each term at the prevailing rate - regardless of whatever your house happens to be worth.
Random queries to low level mortgage 'specialists' often bring quizzical looks and noncommittal answers.
Nobody has ever definitively answered this.
Now the OSFI does.
The OSFI intends to implement a new regulation which will force the banks to re-calculate the loan-to-value (LTV) ratio of a mortgage every time the home loan comes up for renewal.
What does that mean?
If the housing bubble begins to burst and values fall by 20 - 25% or more, vast numbers of Canadians who bought in the last five years with small down payments (or none at all courtesy of the 7% cash-back programs) of could be in a position where they owe more for the mortgage than the property is worth.
In order for the LTV to be restored to the ratio of the original mortgage, Canadians would have to make up the difference.
As Garth Turner noted earlier today:

This is a stunning clarification and as the ramifications becomes known in the mainstream, it could have a chilling effect on the speculative fever so rampant in our market.
The feds are determined to engineer a 'soft' landing in the real estate market and the sum total of all these changes are sounding alarm bells.
Watch for a full court press by the real estate industry to try and temper the implementation of these changes.
Canadian Mortgage Trends is first out of the gate in launching an offensive:

“If the government decrees new insured mortgage regulations, and/or rates rise significantly, and/or unemployment unexpectedly spikes, it could form the proverbial perfect storm that blows over housing valuations. It’s one thing to induce a measured housing correction (which is probably needed in some regions), but a policy-initiated free-fall is another matter.”

And that's the fear, that the scope of these changes could initiate a free-fall.
For years bears have speculated that rising interest rates would be the trigger that burst the bubble.
Bulls have revelled in the fact that the weakened economy had handcuffed the Bank of Canada from even attempting to burst the real estate gravy train by raising those rates.
If will be interesting to see what happens next.
==================

Please read disclaimer at bottom of blog.
Posted by Whisperer at 9:28 PM