Mon Post #2: The shifting sands in China spells bad news for those in real estate relying on HAM 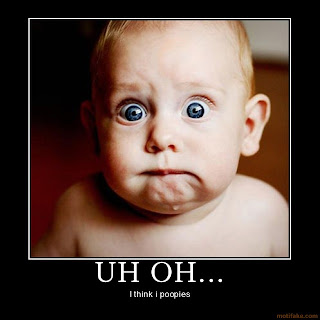 One of the arguments you hear from locals who dismiss concerns that our real estate prices have surpassed what local incomes can support is that Vancouver is in high demand and endless streams of wealthy Asian investors will buy what locals cannot afford to purchase.
As we have noted here before, China's history is replete with boom and bust cycles. In addition, the policies of the US Federal Reserve have been exporting inflation to the far east.  At some point China is going to react and begin focusing their economy inward.
Few people believe this is going to happen. Fewer still fully understand the repercussions this will have on the world economy.
Evidence that this trend is starting in earnest comes today from Reuters who report that Chinese Premier Wen Jiabao has cut his nation's 2012 growth target to an eight-year low of 7.5%. Wen Jiabo has made boosting consumer demand the year's first priority as Beijing looks to wean the economy off its reliance on external demand and foreign capital.
"We will improve policies that encourage consumption," Wen told nearly 3,000 delegates of the Communist Party-controlled legislature.
China has vowed to wean the economy off dependence on exports, smoke-stack industries and government-backed infrastructure, and promote balanced growth that will elevate the incomes and spending of farmers and workers.
The lower growth numbers just reflect the reality that growth is going to be slower because the rest of the world is going to be weaker. China is in for some rough times ahead. And rough times means less money for entrepreneurs to spend overseas.

China could be headed for its slowest full-year of growth in the last ten years. The economy ended 2011 with its slackest quarter of growth in 2-1/2-years at 8.9% as it felt the chill of the euro area debt crisis and a sluggish U.S. economy.

The outlook for the real economy remains cloudy, according to the latest surveys of China's vast factory sector and the burgeoning services industries that are key to rebalancing growth and generating more stable domestic-driven demand.

The Premier also pledged to curb speculative demand in the property market. The government will continue to defuse rising local government debt, regarded by many investors as the key risk to fiscal sustainability (and the source of the liquidity for the exploding Chinese real estate market). Government figures show about 10.7 trillion yuan ($1.7 trillion) was owed by local governments at the end of 2010.
Chinese investors (who have been spending money like drunken sailors on Vancouver Real Estate) are about to experience huge cash flow issues. Somehow I suspect what money is available for investments, that money isn't going to be spent in a real estate market that EVERYONE can clearly see is overvalued and ripe for a major correction.
==================

Please read disclaimer at bottom of blog.
Posted by Whisperer at 3:58 PM