Last night on CBC's The National, Vancouver's overheated market was profiled.  Above you can watch the full segment.

One of the key interviews is with Philip Chan, a realtor who also developed and built a house at 2575 West 7th Avenue in Vancouver which he currently has for sale. 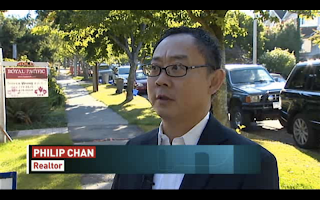 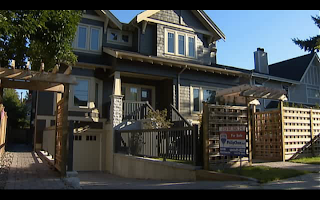 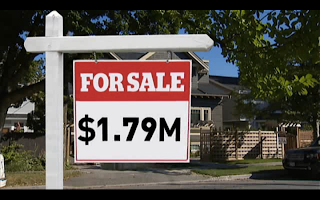 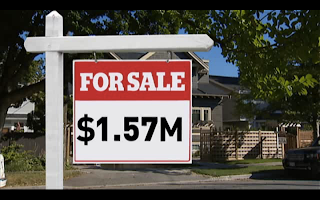 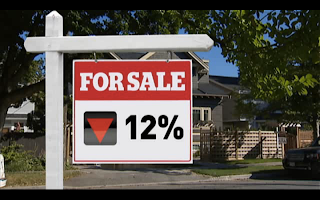 Chan describes the $200,000 price drop as an adjustment, a classification CBC pounces on as a "sugar coating which attempts to cover the reality that prices are tanking".


Chan disagree's and argue's that it can't possibly drop much more.  The story then cuts away to Garth Turner who explains that the market can - and will - drop a lot more.


At the end of the piece, CBC tells you about a confident Philip Chan who doesn't believe the market can drop much more below the 12% it already has for his property.

What the story doesn't tell you is that Chan's property has in fact already dropped - a lot more. 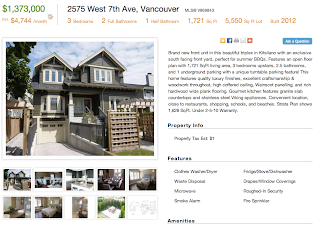 Even more interesting is the fact this lower price is not recent.  As noted on Observer's excellent website Vancouver Price Drop, this property was profiled in the 17th position in the Observer's Weekly Drop segment for September 10th.

At the end of the CBC segment (and what they described was a 12% drop in the value of his property), Mr. Chan is quoted denying the market can drop much more.  He asks, "how much more can it drop?"

Why CBC was hesitant to profile how dramatic the collapse is becoming is unclear.

But one thing you can be sure about is that there is no doubt Mr. Chan is a lot less confident now than the CBC story would lead you to believe.