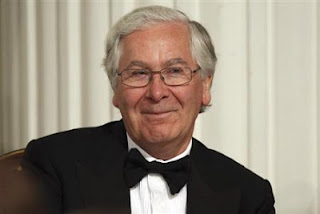 Reuters is out with an intriguing bit of news.

Mervyn King, the governor of the Bank of England, has issued a stunning warning:

The Bank of England warned banks and borrowers on Wednesday about risks from a potential abrupt rise in global interest rates, and said banks might need to further bolster their capital cushions to protect against this.

The past week has seen a sharp rise in global bond yields since U.S. Federal Reserve Chairman Ben Bernanke said that the U.S. central bank may scale back bond purchases later this year.

The BoE said that it had ordered an investigation into the vulnerability of Britain's financial institutions and borrowers to higher interest rates, to report back by September to its new risk watchdog, the Financial Policy Committee.

"Financial institutions and markets are also vulnerable to an abrupt rise in global interest rates. And some UK borrowers remain highly indebted, which could result in losses for UK banks," the FPC said.

It's an intriguing statement because King, as we all know, steps down at the end of this month as the head of the Bank of England.

His replacement? Former Canadian central bank chief Mark Carney, who many economists expect to advocate a long-term commitment to low interest rates as a way to keep down bond yields.

Wednesday also saw the BoE allow banks to scale back some of the short-term cash they hold against shocks to encourage more lending to the economy.

Many believe the BoE is a long way from tightening monetary policy, and a minority of BoE rate-setters have been voting for more stimulus for the past few months due to the weak state of Britain's economic recovery.

So what gives with Mervyn King and his warnings of a sharp global interest rate rise on the eve of his departure of BoE governor?

Is his looming retirement giving him the freedom to say what he really fears?

Posted by Whisperer at 6:26 PM