Summarizing the known rigged markets. By process of elimination does that mean Gold and Silver are the only non-manipulated ones? 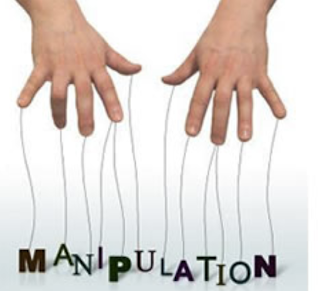 Following up on yesterday's third post of the day where it was revealled traders at a number of major banks have been manipulating spot foreign-exchange rates for at least a decade, altering the values of trillions of dollars worth of investments, we now have the link to the original Bloomberg News story.

Traders at some of the world’s biggest banks manipulated benchmark foreign-exchange rates used to set the value of trillions of dollars of investments, according to five dealers with knowledge of the practice.

Employees have been front-running client orders and rigging WM/Reuters rates by pushing through trades before and during the 60-second windows when the benchmarks are set, said the current and former traders, who requested anonymity because the practice is controversial. Dealers colluded with counterparts to boost chances of moving the rates, said two of the people, who worked in the industry for a total of more than 20 years.

It may be difficult to prosecute traders for market manipulation, as spot foreign exchange, the trading of one currency with another at the current price for delivery within two days, isn’t classified as a financial instrument by regulators, said Arun Srivastava.

The behavior occurred daily in the spot foreign-exchange market and has been going on for at least a decade, affecting the value of funds and derivatives, the two traders said. The Financial Conduct Authority, Britain’s markets supervisor, is considering opening a probe into potential manipulation of the rates, according to a person briefed on the matter.

As Zero Hedge notes, as FX trading becomes the latest addition to the "rigged" market column, we now have quite the list of known market manipulation scandals. They are:
We also know that the Fed and world central banks are engaged in a full blown (and unprecedented) Treasury curve modeling exercise courtesy of both ZIRP (short-end) and QE (long-end), and that courtesy of some $12 trillion in extra liquidity in the past 5 years, stocks are at an artificial "weath effect" sugar high.

Faithful readers will recall that over the past couple of years we spent a considerable number of posts outlining how gold, and particularly silver, are highly manipulated as well.  We received a considerable amount of criticism for that viewpoint.

But as ZH wryly observes:

We can therefore deduce that, following the process of elimination, gold and silver are the only markets that are unmanipulated and where transparent price discovery is allowed to take place without intervention from key players. Sarcasm off.


Please read disclaimer at bottom of blog.
Posted by Whisperer at 8:42 AM

Email ThisBlogThis!Share to TwitterShare to FacebookShare to Pinterest
Labels: Gold and Silver manipulation