Don't worry. Be Happy. There will be no housing crash... at least according to Dan Cayo 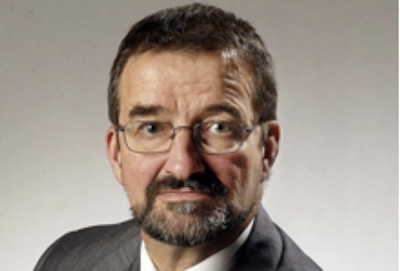 He's a columnist with the Vancouver Sun.

According to his bio, Cayo has worked in journalism all his adult life. At one time or another he has served as a newspaper writer and editor, a radio and television reporter and commentator, a wire service reporter, and a journalism teacher. From mid-1997 until mid-1999 he took a leave of absence to run the Atlantic Institute for Market Studies, a business-funded think-tank based in Halifax, but he continued to write regular columns for eight newspapers across Canada. He came to the Vancouver Sun as editorial page editor in 2000. In the fall of 2003, he made the switch to column writing.

Like many who follow real estate, Cayo made note of US economist Paul Krugman's comments about our real estate bubble.

Don't worry about alarmist economists - those at the Organization for Economic Cooperation and Development, for example, or Nobel Prize-winner Paul Krugman - who are predicting a real estate crash.


Because house prices in Canada are poised to edge up, not plunge down, according to a new analysis from the Conference Board of Canada. And Vancouver - despite having the highest real estate prices in the country, and despite being the target of incessant warnings from worrywarts who see a bubble poised to pop - will turn out to be one of the most resilient markets of all.

You gotta love those bold enough to go on the record and make such confident predictions.

Cayo constructs the article around the comments of Mario Lefebvre, the Director of the Centre for Municipal Studies at the Conference Board of Canada. According to Lefebvre:

Vancouver's steady population growth, in particular its unusually high percentage of foreign-born residents, is the basis of this confidence.

"The foreign-born population can significantly alter the landscape of a country's housing market," Lefebvre wrote. "In many instances, immigrants arrive in a new country with some pre-established wealth. If a specific market welcomes a relatively large share of wealthy immigrants, their arrival creates a new source of demand that not only stimulates demand for housing, but can also raise house prices significantly without any changes to personal disposable income per capita."

This is true not only in our market, but also in another seven of the 27 countries that the OECD identified, using two different measures, as having housing stock that is over-valued by 20 per cent or more. (The others with demographics similar to ours are Belgium, Norway, New Zealand, France, Austria, Sweden and the United Kingdom.)

You will recall that Krugman's gloomy view echoes former Bank of Canada governor Mark Carney and others who worry that Canadians are too deeply indebted and over-leveraged to a dangerous degree.

These factors lead the OECD to concluded earlier this month that, nationally, Canada's housing market is over-valued as much as 30%, based on the ratio of house prices to disposable income, and up to 60% if the comparison is to the historical value of rent. Cayo observes thatit is a safe bet, I think, that Vancouver's numbers would look even worse.

So why isn't this a concern to Lefebvre?

"You've seen some declines (in house prices). But that seems to be slowly, slowly ending. You're actually bottoming out."

An upward trend will continue says Lefebvre because it's not just the steady influx of foreign money, but our endless population growth.

"As long as you have population growth," he said, "people will need housing."

For as far as Lefebvre can see into the future, he is confident Vancouver will continue to have population growth. And this region will continue to lead the way in attracting a steadily expanding proportion of foreign-born residents, many of them arriving with quite a lot of money.

The bottom line: Most parts of Canada will see, very soon, a modest upward trend in housing prices, and those that don't are unlikely to see anything worse than a small decline. Meanwhile, Vancouver is high on his list of the least likely places to see any problem at all.

See?  Rich people will keep moving here and bring buckets of money with them to support our housing market. 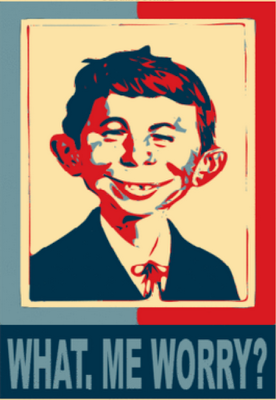 
Please read disclaimer at bottom of blog.
Posted by Whisperer at 11:37 PM