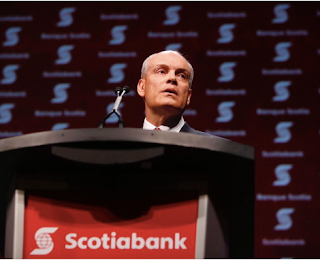 Well another day and it seems another senior mainstream finance wizard is shouting out warnings of impending doom in the overblown real estate market in our country.

Did all the bear bloggers somehow get outed as bank economists this month?

The latest is Scotiabank CEO Brian Porter who says the Toronto and Vancouver housing markets will have to correct at some point.

"Trees don't grow to the sky and markets will correct at some stage here,'' Porter told analysts Tuesday.

This comes on the heels of Bank of Montreal’s chief economist, Douglas Porter, stating,"Let’s drop the pretense. The Toronto housing market — and the many cities surrounding it — are in a housing bubble” and Sun Life’s Chief Investment Officer Sadiq Adatia who said,"eventually we are going to see this market kind of stop and then come off a cliff, the longer we stay in this run-up, the bigger the downturn is going to be.”

You really can't get much more specific that this for advice on where things are going.

Of course, if you want confirmation that everything's okay and you should 'buy, buy, buy' we turn to the real estate industry and Mark Renzoni, president of global commercial real estate giant CBRE.

Renzoni had just wrapped up a speech at the CBRE's annual Canadian Market Outlook attended by about 1,400 brokers, developers and landlords at the Toronto Convention Centre. Afterwards he gave an interview to the Toronto Star in which he did his Renzoni best Alfred E. Neuman impression and advised us:

Toronto's soaring home prices are in line with the reality of other world cities such as New York, Hong Kong and London, says Mark Renzoni, president of global commercial real estate giant CBRE .

"The market is fairly balanced. It's not being driven by foreign capital. It's being driven by Canadians, moving up, buying for the first time," he told the Star, following a speech at CBRE's annual market forecast event.

"There's great jobs, there's a sense of optimism, there's confidence in the job market and interest rates are low," said Renzoni, who suggested that concerns about foreign speculation in the Toronto housing market are overblown.

So there you have it. And c'mon... let's face it. Those banking types, they're all closet wearing, tin foil hat sportin' doomers. Right? 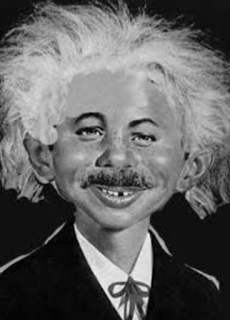 
Please read disclaimer at bottom of blog.
Posted by Whisperer at 11:51 PM