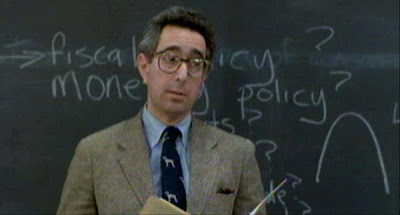 It's funny. My posts on the sovereign debt crisis and gold have triggered a wave of emails on the economy, interest rates and real estate.

I enjoy reading the email. And I enjoy how my posts trigger some very passionate opinions. I simply don't have the time to answer all the emails, but rest assured... each and every one is read.

I see that there is a need to try and pull together some of my though lines and connect the dots on why I believe they are relevant. So this week I am going to try and do that. I hope you will find this week's posts worthwhile.

Last week Eric Sprott & David Franklin of Sprott Asset Management wrote an excellent article in their ‘Markets at a Glance’ newsletter. I am going to borrow from it to write several of this week’s posts. If you would like to see their actual newsletter click here.

I have talked numerous times about how many of us really don’t understand the depth and breadth of the financial earthquake that struck the western world in 2008.

Many believe the worst has past.

I maintain that – far from being over – we are plunging headlong into the worst phase of the crisis. Rather than mitigating the fallout, our government has simply compounded the problem and is intensifying the looming repercussions.

You need to understand what happened, appreciate what is developing, and then make your own decisions on the validity of the danger we face.

Then you have to make your own decisions on how best to prepare for what is coming.

The genesis of our current situation

The seeds of the financial mess we are currently experiencing began in the mid-to-late nineties.

As we approached the year 2000, a widespread belief developed that new technology would rewrite economic rules. The euphoric years between 1995 and 2000 became known at the dot-com era. And that euphoria blew into a massive bubble on the technology-heavy NASDAQ Index.

On March 10, 2000, the dot-com euphoria burst when the NASDAQ peaked at 5,132 (more than double its value from only a year before). The NASDAQ bubble was born out of over-enthusiasm for the prospects of new technology and the Federal Reserve correctly tried to cool the bubble down, however feebly, in the years before its peak.

And when it burst, the economy should have gone through a recessionary period to consolidate and restructure.

But the NASDAQ collapse compelled Alan Greenspan and the Federal Reserve to embark on the largest rate cuts in US history in an effort to soften the impact of what should have been a difficult recession.

In hindsight we now understand that this was a massive mistake.

Our collective inability to face the consequential economic pain of the dot-com market crash ultimately set the stage for the second bubble of the decade, this time in housing.

By setting out to ‘rescue’ the economy, the Federal Reserve lowered interest rates thirteen times between January 3, 2001 and June 25, 2003.

This ‘economic cushion’ allowed for increasingly easy access to credit on a worldwide scale. And it wasn’t long before the second bubble began to develop.

Call it the law of unintended consequences, but in trying to help the economy, Greenspan unleashed a sequence of events that set the stage for the 2008 financial crisis.

People accessed that easy credit to purchase real estate in euphoric waves. It was as if the basic economic rules were trying to be re-written once again, only this time as they pertained to real estate.

Buying a home was transformed from serving as a place to live... to one where a home became an ‘investment’.

Lower and lower interest rates pushed real estate values higher and higher. Home prices rose at an annualized rate of more than 11% from 2000 to the peak on July 31, 2006 - more than doubling in that time period.

Real Estate became an irrational path to wealth and the warning signs were everywhere. The Economist magazine noticed, stating on June 16, 2005, that "the worldwide rise in house prices is the biggest bubble in history."

Servicing the housing boom propelled the financial sector into the US economy’s central economic driver, generating up to 41% of all corporate profits and making it the fastest growing sector of the economy.

In July 2005, Greenspan described certain real estate markets as "frothy" and recommended that the Federal Reserve rein in lending standards.

It was never done.

Again, in hindsight it’s very safe to argue that the Fed probably shouldn’t have lowered rates thirteen times between January 3, 2001 and June 25, 2003. It proved to be an extremely damaging policy.

What happened next was more than just a market failure. It was a systemic meltdown. But it was a meltdown that happened so fast that it seems to have failed to burn into our collective memory.

Everyone remembers that we went into a severe recession in late 2008, but do they know the details of what actually transpired?

Tomorrow we will discuss the collapse of 2008.

Then, later this week, we will discuss how the stage is being set for a Canadian collapse of historic and massive proportions.