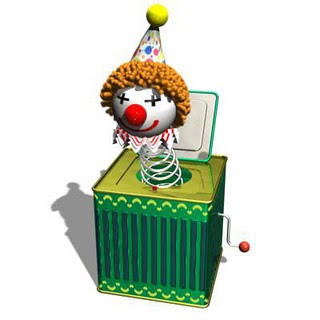 In a move that seemed to stun all the interest rate naysayers, Royal Bank of Canada boosted the rate on five-year fixed-rate mortgages by 60 basis points to 5.85 per cent Monday, a move matched by other major banks.

That’s the biggest one-day jump in posted rates since 1996.

This despite the fact US Federal Reserve Chairman Ben Bernanke pledged to keep the federal funds rate exceptionally low for an extended period and the Bank of Canada's pledge to keep the BOC rate where it is until summer.

As I said yesterday, a great many people assume that this will mean mortgage rates in the United States (and by extension, Canada) will also remain exceptionally low for an extended period of time.

Double surprise was the 60 point raise in rates.

“The rates are tied to our funding costs, which change day to day,” said an RBC spokesperson. “Our long-term funding cost has gone up significantly since December.”

As we have outlined before, mortgage rates are set by the bond market. And 5-year bond yields (which drive fixed mortgage rates) are now sitting at 2.90%, a 17-month high.

Now Monday's moves don't immediately affect Canadians with variable-rate mortgages because those rates are based on the Bank of Canada's prime rate (which has not changed - yet).

But the key point is that Monday's moves are a reminder that mortgage rates can rise before the Bank of Canada ever announces a change.

CIBC chief economist Avery Shenfeld said mortgage rates hikes are a trend consumers should expect to continue and had this bit of advice for consumers:

"Consumers are forewarned that when they look at borrowing today they have to factor in potentially higher costs. Consumers have to be aware in taking on debt at historically low interest rates that down the road they will be higher and have to leave room for their ability to pay those higher rates."

Yesteday's little tremor is but a blip in the larger scheme of things. Ultimately the real story will be impact of sovereign debt on the bond market.

Interest rates will be rising for the next few years. The mystery in the story will be in how fast they rise and how high they rise.

Mortgage debt is now at a record levels, household debt exceeds that in the US and incomes have flatlined.

If the sovereign debt story plays out in the worst case scenario, no five year or ten year fixed term mortgage is going to save Canadians from what will result.

How many more surprises lie on the horizon?