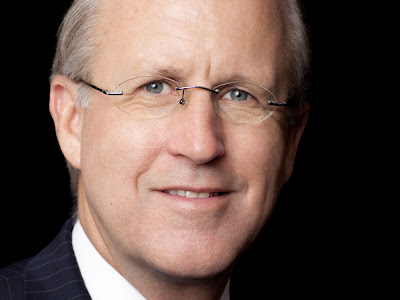 Came across some succinct snippets yesterday that perfectly summarize the looming economic crisis in America.

David Walker, the former comptroller general of the United States and CEO of the Peter G. Peterson Foundation, is the author of 'Comeback America'.

'Comeback America' is a book detailing Walker's belief that if significant fiscal reforms aren't immediately enacted in the United States, interest rates on the national debt will rise, and federal taxes could easily double from current levels by 2030.

You can read Walker's take on the USA's current financial woes and his explanation of how America got there at this link.

"We're on an imprudent and irresponsible path," Walker says. "We must start making tough choices, sooner rather than later, and before we pass a tipping point."

Walker, who led the U.S. Government Accountability Office for almost 10 years, says that despite the many current economic pressures that America faces — war, recession, bailout — their recent budget deficits may pale in comparison to the economic disaster that looms if we don't take action.

"What threatens our [country] is the structural deficits that will exist after we are out of the recession, after unemployment is down, after the wars are over, and after we get past the current crises," he says. "Structural deficits represent a fundamental imbalance between projected revenues and projected expenditures even when the economy is growing, even when the wars are over, even when unemployment is down. And in that circumstance, we face — because of known demographic trends — the retirement of the baby-boom generation primarily and rising health care cost — large, known and growing structural deficits that could swamp our ship of state."

Walker says that unless spending is controlled, the country will enter an "economic abyss."

"The things that are growing the fastest are health care — which would be Medicare, Medicaid and other federal health care programs. Social Security is growing, but not as fast — but you also have to look at the fact that before we even entered the recession, we were spending more money than we took in," he says.

"There are three key points with regard to spending. Spending more money than you make on a reoccurring basis is irresponsible. Irresponsibly spending someone else's money is unethical; and if you're a fiduciary, a fiduciary breach. And irresponsibly spending someone else's money when they're too young to vote and not born yet is immoral. And all three of those things are going on right now, and they threaten America's future."

The economic crisis is only just starting. The full depth and breadth of the financial earthquake of 2008 still isn't fully appeciated (or understood) by Americans or Canadians.

And it's not all that surprising. On October 29th, 1929 the world changed, but most wouldn't be fully aware of the depth and breadth of that change (or exactly what had happened) until the end of the 1930's and into the early 1940's.

It's going to be the same this time around too.

Postscript: Great Britain is considered the canary in the coalmine for United States debt. For a UK update, I would refer you to: UniCredit Bank Warns Of Plunge In Sterling And Gilts, As Britain Is Next Country "To Be Pummeled By Investors"