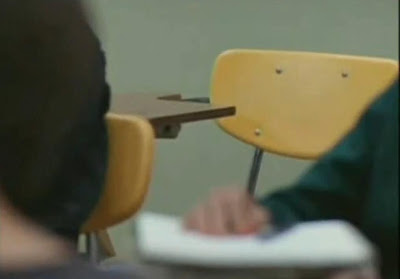 This will be the third post in our series this week.

Yesterday we ended by noting that governments in the western world had responded to the 2008 Financial Crisis by liquefying the system beyond any rational explanation, more than doubling the monetary base since the collapse of Lehman Brothers.

The debt obligations of the financial system have now been passed onto government.

For the United States this is no small issue, because it is being piled onto an already massive pile of debt.

Many people don’t understand how money is created. Most, mistakenly, think that the United States simply prints up some more cash as needed.

So where does the money come from?

The Federal Reserve Bank buys $10,000 of US debts called Treasury Bills from the US. Where does the Fed get the money? The Fed creates it out of thin air. This is the first bit of magic. This is authorized by the Federal Reserve Act of 1913, and is a questionable delegation by Congress of its own power to "coin money and regulate the value thereof.” It is the ultimate in privatization.

The Fed then loans this $10,000 to a bank and requires the bank to pay the current federal funds rate as interest. This $10,000 becomes a "liability" of the bank, but the bank immediately loans this money to a borrower, but in double entry bookkeeping, this $10,000 loan becomes an "asset" of the bank from which the bank can make further loans. Here is where the second bit of magic occurs called "fractional reserve banking." The reserve is not gold or any other hard asset. The "reserve" is debt.

All debt of the US, all corporate debt, and all individual debt are owed to private banks. All money is debt. And the people of the United States pay interest on that debt.

So when the United States doubled the monetary base, they added massively to the pile of public debt.

And this debt pile faces an avalanche of looming additions.

In the United States, Social Security, which was in balance in year 2000, is now underfunded by $15 trillion dollars.

Total unfunded obligations of the US Government are now $104 trillion.

It’s a truly preposterous amount of money that will never be paid off in today’s dollars.

And how is the United States handling the management of this “debt”?

Anyone who has debt knows that you manage it by paying the interest and paying down the debt. At the end of the month you pay your bills and then take any left over cash, and you put it towards your debt.

The United States currently, at the end of the month, has more bills than income. There isn’t enough to pay the basic bills, let alone pay down the debt. It means at the end of each month, the United States has to ‘borrow’ even more money... and goes deeper in debt. We call this deficit financing.

And as Martin Weiss,PhD, tells us, this deficit financing is reaching a critical stage.

For those of you other there who think that the sovereign debt crisis is mostly behind us... that America’s federal deficit is turning into a non-issue... or that we can just go back to business as usual... you’d better consider the drama now unfolding in the hard numbers just released last week:

In February alone, the official U.S. federal deficit was a monstrous $221 billion, far greater than anything the US has ever experienced in history.

To put this into perspective, back in the 1980s, for example, President Reagan was plagued with the worst string of federal deficits ever recorded until that time. But with February’s deficit, Washington has managed to run up just as much red ink as it did in all of 1986, the single worst deficit year under Reagan.

Going back further, to the 1970s under President Nixon, there was also had a rash of deficit spending that sent chills up the spines of economists. But last month’s deficit of $221 billion was more than TRIPLE the sum total of ALL deficits during the six years under Nixon.

Ever since America’s Declaration of Independence, deficit spending has been a recurring theme in Washington that invariably returns with a vengeance, especially during wartime. But it took 169 long years and seven major wars — from 1776 to 1945 — to rack up a cumulative deficit that matches the gaping budget hole of just 28 short days in February.

This is an unprecedented level of borrowing. And to where does the government resort in order to finance these humongous deficits?

Grand total: $236 billion in government debt issued in a single week, the most in the history of the world.

It is a pace of debt issuance that simply cannot be sustained without disastrous consequences.

One of those consequences is going to be a dreadful crowding out of the private sector. As long as Uncle Sam is continuing to hog most of the available credit, it’s going to be increasingly difficult — sometimes nearly impossible — for most businesses and consumers to get their share of desperately needed funds.

Consider the fourth quarter of last year, for example. The Fed’s Flow of Funds report, just released on Thursday, tells the story...

Government borrowing was massive. The U.S. Treasury jumped into the credit markets and grabbed up new funds at an annual pace of $954.7 billion, while local and state governments raised $114.2 billion. Total government borrowing (after some reduction in gov’t agency bonds): $1,040.4 billion.

Most business borrowers were shoved out of the credit markets: Not only did they have a tough time getting new loans, they also cut down their EXISTING debts — either voluntarily or not — at the breakneck annual pace of $1,097.5 billion.

Millions of consumers were virtually ostracized from the credit market. They were forced to cut their existing mortgages at the annual rate of $365.1 billion and their consumer credit at the rate of $145.3 billion — a total annualized cutback of $510.4 billion.

Don’t underestimate the potential impact of this phenomenon on the economy and your investments.

Remember, We are not just witnessing a decline in new business and consumer borrowing — a trend that typically signals economic weakness. Rather, what we have here is a decline to ZERO on a net basis! Plus… massive pressure on consumers and businesses to actually PAY DOWN debts outstanding! Plus… widespread defaults and foreclosures forcing the lenders to WRITE OFF massive amounts of debts

It’s bad enough when you see credit flowing to consumers and corporations at a slower pace. But what’s happening now is far, far worse! Credit is actually being sucked OUT of the consumer and corporate economy at a torrid pace.

That’s why everyone is saying the current economic recovery is being bought and paid for by Washington. Which is why a sovereign debt crisis — and future difficulties by governments to continue borrowing — is such a threat.

If the U.S. economy is just limping along now - with massive government support - imagine the paralysis that’s likely to occur if the government cuts back that support in order to curtail out-of-control deficits!

In Greece the day of reckoning has arrived. The bond market vigilantes are forcing the Greek government to deal with their deficit and bring things under control.

That day of reckoning is not too far off for the UK and then it will be the turn of the United States.

Tomorrow we will look at what that means, for both the economy in general and for Canadians in particular.