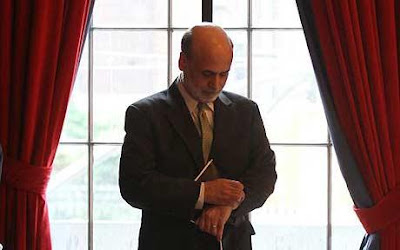 As I said yesterday, a battle is brewing between those who believe in stimulus and those who argue for a return to austerity.

In several articles for his New York Times column, Paul Krugman has argued that those who push for austerity in the face of recession are either doing so for political expediency or out of a “crazy” fealty to archaic economic views. Krugman believes the trillions of dollars worth of deficit spending unleashed by the United States and European governments in the last 24 months is inadequate. He believes our only remedy is to spend more – no matter how much debt results.

Reading straight from the Keynesian playbook, Krugman argues that cutting government spending now will simply send the economy back into recession. He asserts that by flooding the economy with money, i.e. “stimulus,” governments can encourage consumers to spend. Once the spending creates better conditions, so the argument goes, the economy will be better positioned to withstand the spending cuts, tax hikes, and higher interest rates necessary to address the staggering deficits left behind.

Curiously the person leading the banner for a return to austerity is the recently reformed former Fed Chairman Alan Greenspan. In a recent Wall Street Journal editorial, Greenspan argued that the best economic stimulus would be for the world’s leading debtors (the United States, UK, Japan, Italy, et al) to rein in their budget deficits. Greenspan explains that because lower deficits will restore confidence, diminish the threat of inflation, and allow savings to flow to private-sector investment rather than public-sector consumption, the short-term pain will lead to gains both in the mid and long-term. Rather than redistributing a shrinking pie, this approach allows the pie to grow. Greenspan’s view has been echoed loudly in the highest policy circles of Berlin, Ottawa, Moscow, Beijing, and Canberra.

But while Alan Greenspan may have had a profound conversion, current Fed Chairman Ben Bernanke has not.

Insiders suggest that Bernanke is waging an epochal battle behind the scenes for control of US monetary policy, struggling to overcome resistance from regional Fed hawks for further possible stimulus to prevent a deflationary spiral.

Fed watchers say Bernanke and his close allies, key members of the five-man Board, are quietly mulling a fresh burst of asset purchases, if necessary by pushing the Fed's balance sheet from $2.4 trillion (£1.6 trillion) to uncharted levels of $5 trillion.

The dispute has echoes of the early 1930s when the Chicago Fed stymied rescue efforts.

"We're heading towards a double-dip recession," said Chris Whalen, a former Fed official and now head of Institutional Risk Analystics. "The party is over from fiscal support. These hard-money men are fighting the last war: they don't recognise that money velocity has slowed and we are going into deflation. The only default option left is to crank up the printing presses again."

Mr Bernanke is so worried about the chemistry of the Fed's voting body – the Federal Open Market Committee (FOMC) – that he has persuaded vice-chairman Don Kohn to delay retirement until Janet Yellen has been confirmed by the Senate to take over his post. Mr Kohn has been a key architect of the Fed's emergency policies. He was due to step down this week after 40 years at the institution, depriving Mr Bernanke of a formidable ally in policy circles.

"The US recovery is in imminent danger of stalling," said Stephen Lewis, from Monument Securities. "Growth could be negative again as soon as the fourth quarter. There is no easy way out since fiscal stimulus has already been pushed as far as it can credibly go without endangering US credit-worthiness."

All these developments have prompted the Royal Bank of Scotland's credit chief Andrew Roberts to warn RBS clients to prepare for 'monster' money-printing by the Federal Reserve.

"We cannot stress enough how strongly we believe that a cliff-edge may be around the corner, for the global banking system (particularly in Europe) and for the global economy. Think the unthinkable," Roberts said in a note to investors.

Societe Generale's uber-bear Albert Edwards said the Fed and other central banks will be forced to print more money whatever they now say, given the "stinking fiscal mess" across the developed world. he said.

In light of all of this... is it any wonder people are concerned for their financial future?

Email ThisBlogThis!Share to TwitterShare to FacebookShare to Pinterest
Labels: Stimulus vs Austerity