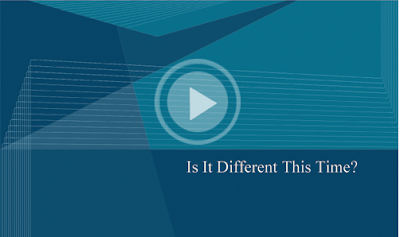 "It's different this time."

That's the powerful phrase that, for many real estate bloggers, is the embodiment of rationalization in the housing bubble.

We all know it is just that... rationalization. But it's fascinating how easy it is to lose sight of that understanding. More on that momentarily.

Kennedy argues that the strength of a Great Power can be properly measured only relative to other powers, and he provides a straightforward and persuasively argued thesis: Great Power ascendency (over the long term or in specific conflicts) correlates strongly to available resources and economic durability; military "over-stretch" and a concomitant relative decline are the consistent threat facing powers whose ambitions and security requirements are greater than their resource base can provide for.

We would all like to think the U.S. will not suffer the same problems as those who came before it... the Soviet Union, Great Britian, France, Prussia, Austria-Hungary, etc.

The fact of the matter is that the U.S. is already dealing with too much debt and not enough money. The cracks in the economy are getting bigger, not smaller, as the “recovery” camp would have you believe. 40 million U.S. citizens on now food stamps — a new record. It was reported just last Friday that “Up to 300,000 Public School Teachers May Lose Their Jobs This Year Due to Local Budget Cuts.”

And since the individual U.S. states cannot print money, the U.S. federal government is going to try to save teaching jobs with an emergency federal spending bill. It will mean an additional $23 billion to the deficit. Illinois has reportedly stopped paying its bills. Contractors are owed $4.4 billion, and nonpayment may cause a wave of bankruptcies in that state. There are nearly 3 dozen other U.S. states facing similar severe budget problems.

In the latest report from Shadowstats.com, economist John Williams says look out for another nasty downturn in the economy because the money supply (M3) is shrinking. Williams writes, “... near-term economic activity will turn down, with major negative implications for the federal budget deficit, U.S. Treasury fundings, systemic solvency and the U.S. dollar. Such developments should place significant upside pressure on domestic inflation. U.S. difficulties eventually should dwarf the European sovereign solvency concerns”

So, what will perform well in this environment?

That, my friends, is the question I get peppered with half a dozen times each day.

Yesterday we talked about the BMO report "Go To Cash" which was advising it's clients to dump equities.

Reflections from the Doomer side of the net?

No one can deny debt is out of control.

Some would suggest that this is no time for emotion to overtake reason. Reason being smart investments in tried and true economic vehicles which, under normal circumstances, are sure to be wise choices as the economy recovers.

Normalcy, we are cautioned, will return.

But evidence is mounting that - in the broader terms of history - we are at that turning point encounted by of the former powers. That same turning point which was undeniable for Prussia, Austria-Hungary, France and Great Britain.

Maybe it isn't fear and emotion.

Maybe it's just understanding that it probably isn't different this time?