Seasons don't fear the reaper, nor do the wind and the sun and the rain... soon we will be like they are. 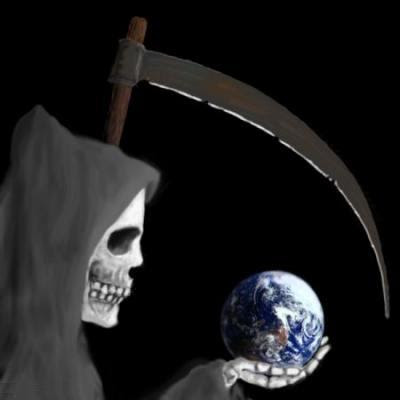 So, according to our buddy Cameron Muir in yesterday's post, Asian hot money is keeping our market 'firm'.

Now you know I dismiss this as more R/E spin-doctoring that attempts to contain seller panic on the current state of the Vancouver real estate market.

And who can blame them, it is a palatable fear.

Listings are exploding, sales are down almost 10% nationally, there has been a minor uptick in interest rates, factors which are combining with tighter mortgage rules & the looming HST to cast a huge pall over the market.

But Asian saviours? Who is our buddy Cameron kidding?

We saw yesterday how there was no Asian savior for the biggest sale in Vancouver last month.

This tony Shaughnessy mansion at 3639 Osler Street, a 15,000 square foot home on 31,000 sq ft of gated manicured grounds (complete with it's own indoor pool) languished on the open market for almost half a year - it's initial asking price of $16.8 million unrealized. 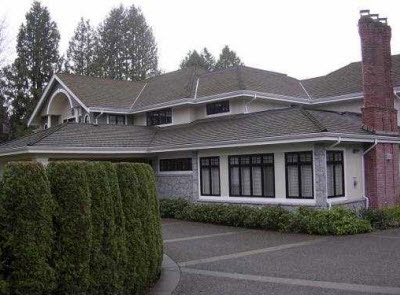 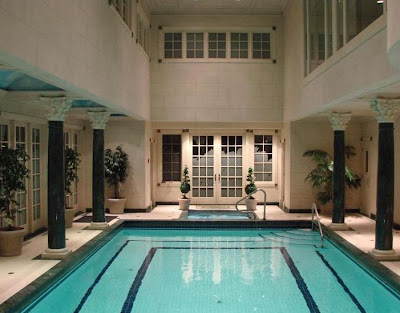 Isn't this the type of property Asian investors are supposed to be climbing over each other in a desperate attempt to secure in frenzied bidding wars?

Apparently not because after six months of no takers (and several price reductions) the seller finally had to accept a 34% haircut (a cool $5 mil) off the original asking price to complete the sale.

Make no mistake. The seller had the same fears about the market that our buddy Muir is now trying to quell. He saw the writing on the wall and slashed his asking price knowing that Asian hot money wasn't there to protect value levels for him.

And what of our sound Canadian banks who, we are told, have not engaged in risky lending practices?

As we discussed on Wednesday, a civil forfeiture case currently before the courts is calling into question those sound lending practices. Examples are being entered into evidence showing that million dollar mortgages have been granted to lenders who simply do not have the capacity follow through on with their requisite monthly payments.

And this at a time when interest rates - and monthly payments - remain at low emergency levels.

Perhaps even more disturbing is that we are privy to this information only because it comes to us as a by-product of a grow-op forfeiture court proceeding.

How many similar million dollar mortgages languish after having been approved to similar risky borrowers?

On one of the real estate chatboards a thread has been started on foreclosed properties currently available.

With interest rates producing the lowest monthly payments we will ever see on this level of debt in our lifetimes, defaults abound.

Our 'diligent Canadian banks' facilitated this loan to a borrow who turned out not to be the secure risk they like to boast about. 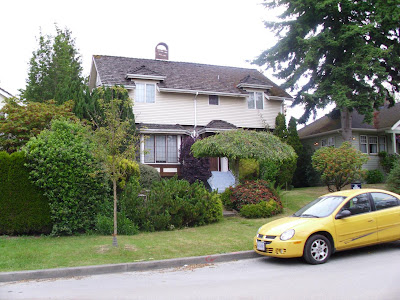 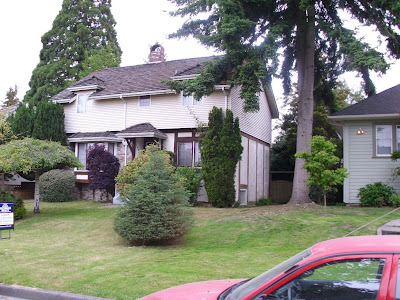 (A figure that has anyone outside of Vancouver staring in utter disbelief at these photos... which is why I give you one of the listing links here)

We don't know the tale of misfortune that resulted in the financial distress of the former owner - nor do we seek to rub our hands in glee at his plight - but it is not a stretch to see that this situation screams out as an example of banks granting HELOCs without re qualifying lenders to ensure they can afford the payments.

But daily we are fed the malarky from our banks and political leaders that this situation does not exist in Canada.

As the case before the courts proves, our Canadian banks - just like their American counterparts - have been irresponsible in their lending practices. Decoupled from risk by the policies of the CMHC, why wouldn't they be?

Taxpayer's are on the hook for mortgage similar to this one through CMHC. And given that over 95% of Canadian mortgages have been CMHC secured in this crisis, the Canadian taxpayer is at a tremendous potential risk.

More importantly Asian hot money has not intervened here to save the lender's (and the taxpayer's) ass in this case and it will no doubt take a 35% haircut on the selling price here to move this property under the current market condition.

And that will come out of our taxpayer pockets.

As the foreclosure thread on Real Estate Talks demonstrates, there are numerous other properties in the $600,000 range that also languish in foreclosure - their owners not quite the secure lending risks our (supposedly) diligent Canadian banks claimed.

Where is the Asian hot money?

This is all happening despite the fact interest rates haven't started going up in earnest yet.

What is going to happen when rates start going up? Think about that for a moment.

The financial crisis is on the verge of entering stage 2 of it's devastating story. People are beginning to understand that the 'recovery' is more smoke and mirrors from the manipulation of stimulus money than actual economic recovery.

The great Canadian commodities trader Jim Sinclair has branded this misleading recovery P/R as the 'Management of Perspective Economics' (MOPE). As the stimulus runs it's course and the necessary deleverging begins, we will see that the recovery isn't taking hold and the examples cited above will increase dramatically.

We are no different from the United States.

We have only delayed the tipping of the first domino's that will trigger havoc on our real estate market.

In the process we have deluded ourselves into believing those domino's aren't poised and ready to fall.

They are, and they will... regardless of the MOPE spewed by Muir and company.

Before too long now the public at large will come to understand this.