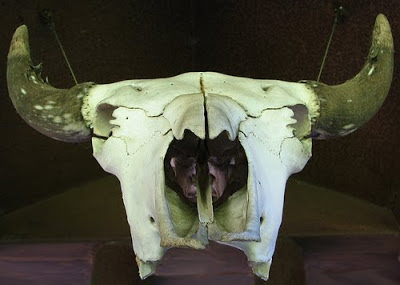 So the barrage of negative (or positive, depending on your viewpoint) housing bubble news continues.

In a another article this week, the Globe and Mail proclaimed Home sales plunge, market 'clearly in correction mode'

Canada’s housing market can best be plotted on two timelines: pre-Flaherty and post-Flaherty. And for many, the post-Flaherty era is a good thing.


Sales have slipped since Canada's Finance Minister Jim Flaherty brought in new mortgage restrictions in July in an attempt to engineer the slowdown we're now seeing, and most observers expect a soft landing, not a crash.

But that 'expectation' of a soft landing apparently doesn't apply to Vancouver:

Vancouver, in particular, has taken it on the chin, and observers believe it is the one market to have gone beyond a soft landing.

Vancouver? Beyond a soft landing already? Not quite the way Somerville and Muir portray the situation, is it?

Meanwhile some bank economists are saying, 'told you so.'

"Canada’s housing market is clearly in correction mode as we had been warning would occur well before the figures began to roll over," Derek Holt and Dov Zigler of Bank of Nova Scotia said before the CREA report.

But buried deep in the article is a quote Sonya Gulati, Senior Economist at the Toronto-Dominion Bank that stands out:

Ms. Gulati expects the market will stabilize now over the next few months, and that the impact of Mr. Flaherty's changes are now priced in.


"When looking at previous mortgage rule tightening episodes, the housing market impacts have been temporary in nature," she said. "There is no reason to think that this time will be any different."

That's quite the statement.Think about that.


The position of one of Canada's biggest banks is that previous mortgage tightening episodes have been temporary in nature and there's no reason to think this time will be any different.


Kinda cuts the whole real estate industry attempts at pressuring the Government to scale back their mortgage rule changes at the knees, doesn't it?

And I believe it reinforces the Government's position to remain resolute in the face of all the pressure from the real estate industry.

But nothing moves in a straight line.  And for those giddy about the direction house prices are moving in, I urge caution.

I believe the scene is being set for what could be a very dramatic year. Recall our 'stages of a bubble' chart.  As the collapse continues to pick up steam, we should expect some kind of resurgence as we enter what is known as the 'bull trap' : 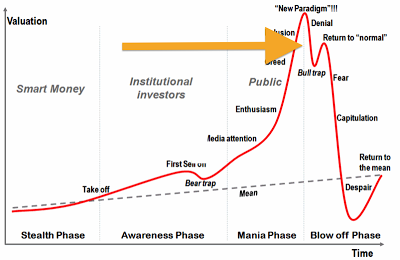 Some real estate agents have been talking about a certain amount of pent-up buying desire.

I agree with that assessment.

There is a lot of demand that is pent-up, keen to jump on the collapse and buy.  They read all the negative press about falling prices and are holding off.

I have a feeling that at some point - perhaps as early as the end of the Spring market if prices start to fall - we may see that buying surge materialize.

If it does, look out.

The Real Estate Industry will seize upon it with relish - complete with a flood of media stories.  The angle they will hype?  "It's 2009 all over again and you must get in now before you miss this chance."

I suspect that pent-up desire to buy, ignited with the media hype around the 'return to normal' swing -  will surprise even the bears with how intense it is.

Suddenly that quote from TD's Sonya Gulati will taken on blinding significance to the government.

Because if that 'return to normal' phase does materialize with accompanying media intensity, the steps Flaherty has taken to date will be viewed as completely ineffective - only able to trigger a temporary impact on surging Canadian debt levels.

At this point the Federal Government will be emboldened to take the final, crucial step.

Recall our post about a Bank of Canada study suggesting lower home prices were a national priority.

A substantial downturn in prices – say, 10 to 20 per cent – would, in theory, not only reduce mortgage debts for new home buyers, but, significantly, push down non-mortgage debt to the tune of 4 to 8 per cent. That would get Finance Minister Jim Flaherty and Bank of Canada Governor Mark Carney a lot closer to solving the country’s household debt problem, reducing what is considered a serious risk to the stability of the Canadian economy.

A 'return to normal' surge and the accompanying media frenzy (driving even more into the market) will be just the catalyst the Feds need to justify moving to break the back of our housing bubble.

In such a milieu, I believe you won't see the BOC raise interest rates. Instead I think you will see mortgage regulations changed dramatically.

Perhaps we will see down payments raised... not just up to back to 10%, but perhaps even higher.

It is going to be an interesting year.