Remember, this bubble was deliberately created. Prices are NOT a reflection of inherent value 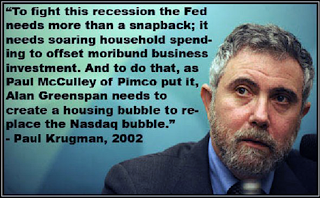 Yesterday we laid out the month-by-month evolution of our housing bubble since 2002 as seen in the average Vancouver single family house price.
Presented in that fashion, it makes a compelling list.
In a November 2011 article, the  Economist Magazine wrote:


"Many of the world’s financial and economic woes since 2008 began with the bursting of the biggest bubble in history. Never before had house prices risen so fast, for so long, in so many countries..."

Never before have house prices risen so fast, for so long, in so many countries.

Despite the fact the evidence is all around us, many of us simply refuse to see what is going on.


Vancouver's house prices are not a reflection of inherent value. They are a by-product of a world-wide debt phenomena that was deliberately created.

Beginning with the dot com crash of 2000, and spurred on by the 9/11 terrorist attacks of 2001, policy was crafted to create an economic 'salvation'.

It began in America. US President George Bush, through cheap rates, lax regulation, government housing subsidies, presidential boosterism and financial engineering, managed to get the home ownership rate to 70% as part of a deliberate strategy to expand the economy.

A bubble was created BY DESIGN.

Yes... you read that correctly. The creation of a housing bubble was a deliberate economic stimulus move. And in Canada, our nation followed America's lead.

The financial stimulus created after the dot com crash and 9/11 - specifically designed to engineer "soaring household spending" - dramatically impacted the economy:
In the last seven years alone we’ve had more pro-real estate initiatives than in the quarter-century prior to that.
We've had the zero down, forty year mortgage. The ability to raid the RRSP fund for down payments. The Home Reno Tax Credit. Emergency interest rates. First-time buyer’s closing cost credit. Regulations that permit liar loans. Regulations that permit zero-down payments with cash back from mortgage lenders. And most significantly, CMHC absorbing all lender risk.
Cheap credit, artificially supressed interest rates and government policy have fuelled this real estate boom.

You must understand this... our sky-high real estate prices are not a reflection of real value but a by-product of a deliberate strategy to create a bubble and inflate the economy.
In many countries the bust of the boom created by these policies is well under way, but as the Economist noted last year:

Many here think that because our bubble has not burst yet that we are not really in a bubble and that our housing prices are not artificially inflated, but are a reflection of 'true value'.

When our Canadian bubble started to collapse in late 2008, the Conservatives moved in with massive stimulus to delay the collapse. The idea was to forestall the collapse long enough for the economy to recover and allow rising economic conditions to repair the market.

But this wasn't your average global recession (which typically last 1-3 years, 5 at most).

The Conservatives now realize the gamble won't pay off and by kicking the bubble down the road five years, the collapse could be even worse.

Real estate apologists are desperate to protect the image that our real estate is, in fact, a reflection of 'true value' (as we have seen the last few days on Global TV).  They are also desperate to pressure the Government to continue the artificial stimulus.

But that stimulus is unsustainable and Government must change course.

The Economist Magazine noted, Canada is "more overvalued than America was at it's peak." History tells us all asset bubbles created by excess credit ALWAYS bust.

These government policies have generated a tremendous malinvestment in real estate.