Will 2013 be the year of the Big Chill? A Bank of Canada report suggests it may be a national priority to engineer a significant downward correction in home prices 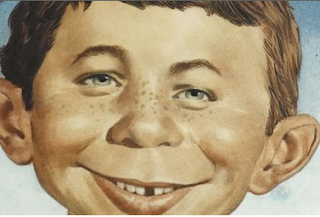 Interesting article in the Globe and Mail on Friday which outlines "Why lower home prices are a national priority."

Apparently the Bank of Canada published an interesting study this week, a study which found the recent new, tougher mortgage-lending standards put in place last summer have done a credible job of putting the brakes on Canadians household debt – but only to a point.

The Bank of Canada’s study suggests that to take the next big step – actually reversing the course of household debts, sending them lower – policy makers are actually going to want a significant downward correction in home prices.

There's a jolting statement from a Bank of Canada study. They are actually saying that the next big step for policy makers is a significant downward correction in home prices!

A substantial downturn in prices – say, 10 to 20 per cent – would, in theory, not only reduce mortgage debts for new home buyers, but, significantly, push down non-mortgage debt to the tune of 4 to 8 per cent. That would get Finance Minister Jim Flaherty and Bank of Canada Governor Mark Carney a lot closer to solving the country’s household debt problem, reducing what is considered a serious risk to the stability of the Canadian economy.

As we mentioned yesterday, some real estate agents have already admitted some segments of the Vancouver market are already down 25%.

In the long term, this is the price to pay to get Canadians back living within their means, and the economy on more solid footing. But in the nearer term, the medicine could well feel worse than the disease.

How's that for a chilling proposition? Still think that now may be the time to jump into the market?