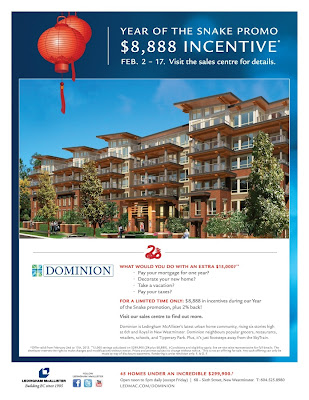 Year of the Snake? - it's an apt reference (click on image to enlarge).

Speaking of snakes, the Wall Street Journal is out with a story that says Home Sales Date Doubted - Realtor Group May Have Overstated Number of Existing Houses Sold Since 2007.


The housing crash may have been more severe than initial estimates have shown.

The National Association of Realtors, which produces a widely watched monthly estimate of sales of previously owned homes, is examining the possibility that it over-counted U.S. home sales dating back as far as 2007.

While revisions wouldn't affect reported home-price numbers, they could show that the housing market faces a bigger overhang in inventory, given the weaker demand.

Economists say any overstatement is the result of difficulty tracking data during market corrections. "This is an economic data issue, not a gaming-the-numbers issue," said Sam Khater, senior economist at CoreLogic. "Any time you get big shifts in the market, the numbers go haywire for a bit."

Haywire is about the only way to classify the date the BCREA was using in our earlier CTV-BC clip in post #1 today.

Is this why, when a market is falling, we get analysis that says the market it "flat?"


Please read disclaimer at bottom of blog.
Posted by Whisperer at 4:45 PM