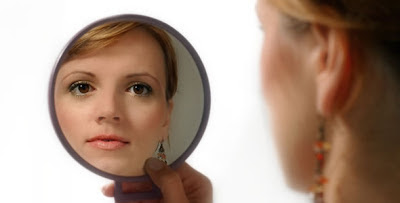 Last week we encouraged you to remember that this housing bubble was deliberately created, prices are NOT a reflection of inherent value.

The debt binge that drove the bubble was a worldwide phenomenon.

In commenting on this worldwide spectacle, The Economist magazine noted:

Another one of those countries where prices wobbled but have not crashed yet is France.

But like Canada, the days of reckoning for the debt binge may be upon us in France as this article notes. In fact if you replace the word France with Canada, or Paris with Vancouver and the article bears a frightening resemblance to what is happening here.

In the lofty realm of apartments in Paris that are valued at €2 million or higher—€2 million doesn’t buy all that much in Paris anymore—a game of chicken is apparently transpiring. The number of transactions crashed by 42% in 2012.

Barnes, a British real estate group that specializes in high-end properties in France and certain tony locations elsewhere, based its study on data gleaned from lawyers (notaires) who engage in real estate transactions. Prices of high-end homes in Paris dropped by 10-15%. For properties under €2 million, transactions screeched lower by 28%, but prices remained stable.

Optimism is hissing out of the French real estate bubble. For 2013, Barnes sees a market that remains “hesitant” during the first quarter of 2013, “with a low level of transactions,” that would gradually recover, somehow, with a “slow correction in prices”—rather than a sudden correction, or a crash even. Other industry insiders see darker clouds on the horizon.

“Sellers still haven’t understood that they have to lower their asking prices drastically, even though prices in Paris have already fallen more than 10%,” said Philippe Chevalier, CEO of Emile Garcin, another high-end real estate outfit. He blamed foreign buyers, or rather the sudden scarcity thereof—foreign, because few French can still afford to buy a nice home in their capital. They’ve been effectively priced out of the market. But foreign buyers have gotten cold feet, he said, due to the “accumulation of tax pressures on real estate.”

Yet, prices in France, at least in the third quarter last year, haven’t budged much to the downside as sellers are still clinging to the hope—proven illusory in every real-estate bust so far—that this too shall pass. And despite mortgage rates that averaged 3.31% in November over an average term of 208 months, home mortgage originations plunged 32.6% from prior year.

Presumably the 'foreign' buyers who have gotten 'cold feet' are booking flights from China right now and bringing buckets of money over for Chinese New Year to rescue the market - or so will go the R/E spin in France.

As you can see not only was the housing bubble a result of a worldwide debt infused plan for inflating the economy, but the rationalizations and excuses for the unwinding of the bubble know no boundaries as well.