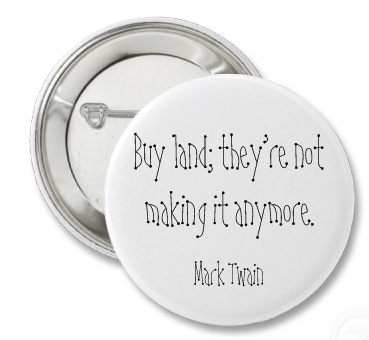 Received some interesting emails from some concerned about the 'slow' pace of listings to start off the year.

In the three days following the first day (where the month end expiries cycle off the rolls), we have had a net increase of 423 new listings.

That's an average increase of of 141 per day.

And it must be noted, listings don't normally start picking up speed until the middle of January.

Meanwhile our buddy Tsur Somerville has been busy spinning the 2013 property assessments from BC Assessment.

As most readers already know, the 2013 numbers are based on valuations made in July 2012... meaning they have missed the last half year of horrid R/E data.

In an article discussing the assessments, the Vancouver Sun noted that over the past five years, single-family homes were the big winners, particularly in Burnaby, Vancouver and Richmond, where the five-year gains are still more than 20%.

However, this year, for the first time in many years, a number of homeowners in some areas of B.C. will see a drop in their property assessments. In tony areas like Whistler and Vancouver's west side, assessments fell, while more affordable areas like Surrey or the Tri-Cities, held their own.

But Somerville is out promoting that those who own Single Family Houses (SFH) have nothing to fear:

Single-family homes have been the winners over the long term while apartments have been struggling, an analysis of Metro Vancouver real estate statistics released last week shows.

"The resource that is scarce is land," said Tsur Somerville, director of the centre for urban economics and real estate, Sauder School of Business at the University of B.C. "You can always build more condominiums, but if you want a backyard, there's a limited space."


He said that isn't likely to change soon, despite the large cohort of baby boomers who could choose to downsize in the near future.


"Most people stay in their houses longer than you expect," Somerville said. "They want space for the grandkids."

Ahh yes.  The whole "they aren't making any more land" theme is a favourite of Somerville's.

In an August 21, 2010 edition of the Vancouver Sun (link no longer available) titled "Vancouver's housing affordability problem boils down to too many people on too little land", Somerville noted:

What drives Vancouver's house prices so relentlessly to levels four times higher than Winnipeg's, and more than half again what Torontonians pay?

"If you want Winnipeg-level house prices here, all you have to do is tear down the mountains and fill in the ocean."


Well, that puts slow or stop to the steady influx of people - though the massive loss of amenities if our landscape were to be suddenly levelled might do that automatically.


"Depending where you draw the circle," Somerville says, "70 per cent of the land isn't developable. It's mountains or water or the United States."


Then, on top of this insurmountable geographic limitation, add the relentless population growth that, in good years and in bad, ranges from 1.3 to 1.5 per cent a year.

It's as if Somerville has built his entire thesis of Vancouver Real Estate independent of the role played by the credit easing strategies of the Federal Government and CMHC since 2001.

And because of that, he simply cannot acknowledge that they may play a part in the bubble's unravelling.

When all else fails, fall back on the "they're not making any more land" argument.

“West Vancouver, the west side (of Vancouver) and Richmond are all down five to eight per cent from the peak earlier this year,” noted Tsur Somerville, director, centre for urban economics and real estate, Sauder School of Business at the University of B.C. “In contrast, the Coquitlams, the Deltas, the Maple Ridges, the Burnabys are down one to three per cent. The areas that had the most intense run-up in 2010 and 2011 are the ones where prices are weakening more.”

Somerville noted that a few areas still saw prices rise in the year, including Squamish’s five-per-cent price hike - the highest in the region.

“This is the first time since 2007, 2008, when prices have come down by this degree,” added Somerville. “When you have nine months of continuous months of weak sales, it will show up on the price side.”

Somerville believes high prices, and reduced economic optimism, are behind the sales drop. “And cycles happen.”

This is pretty much the only time Somerville admitted prices were falling. For some reason the whole 'cycles happen' and prices have fallen 'by this degree' talk vanished... replaced by the 'flat' market and 'flat'  prices mantra.

You don't think that had anything to do with the fact that cycles contain collapses? And that by admitting prices move in cycles, you pretty much acknowledge that a collapse not only can occur... but will occur at some point?

Posted by Whisperer at 1:13 AM