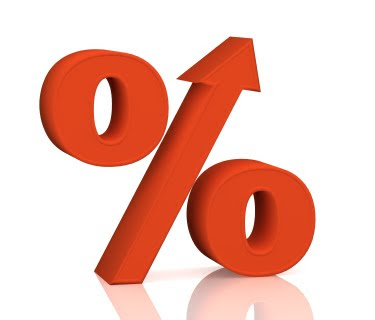 Seems the last few posts on interest rates have touched a nerve.

One reader makes the passionate case that our economy is in a similar state to the post-1929 era. As recovery stalled, interest rates remained low for years. As we can see by this graph, rates were at low levels from the early 1930s until 1957 (click image to enlarge):

Won't our government keep rates low now to prevent a catastrophic collapse of the economy and the real estate industry?

Others make similar arguments centered around the belief that the Bank of Canada (or a Conservative or Liberal government) won't ever allow interest rates to rise because of the harm it would do to the economy.

Nice sentiment. The problem is... the Bank of Canada or the Prime Minister won't have a say in the issue.

For the past 10 years, the Bank of Canada (and other western central banks) have been able to 'stimulate' the economy by lowering their own central rates. But we now face a looming crisis that cannot be controlled by manipulating by the central bank rate: the crisis of debt.

The latest forecast by Dale Orr Economic Insight realistically concludes the Canadian Federal Government is about to add $160 billion to the national debt. That means Canada’s debt will soar to $620 billion within seven years. The deficit this year alone will be between $47 billion and $50 billion.

To properly appreciate what this will do to interest rates, we must understand how our nation funds it's debt.

Coincidently, Garth Turner just wrote about this last night. I defer to his excellent summary:

That's why rising interest rates are inevitable. It will be the only way America, the U.K., Canada et al can procure the necessary funds to finance their burgeoning debt levels. And it will all happen whether the Bank of Canada or the Federal Government wants it to or not.

More significantly it won't be a 2-3 year phase either. Increased rates of 8% - 12% (or higher) will be with us for more than a decade, thus affecting all Canadians whether they currently have one year variable or 5 year fixed term mortgages.

That's why the governor of the Bank of Canada recently warned Canadians that "the age of ultra-low interest rates will be ending soon," and that "Canadians should prepare for more normal rate levels."

Please read disclaimer at bottom of blog.
Posted by Whisperer at 3:15 AM