Taking away the punch bowl 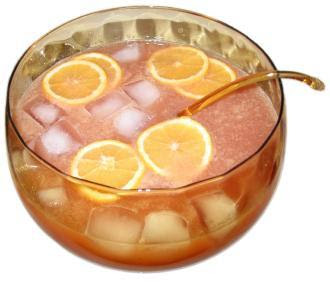 Ahh there's nothing like a flood of cheap, stimulus money to revitalize stumbling equity markets, rebuild shattered nest eggs and get investors thinking it's safe to resume the party.

Faithful readers will know we've written about the bear market trap, the final stage of which appears when everyone starts plowing back into the market.

If this truly is the bear trap, then that final sign is now showing itself.

The markets, as those of bearish bent know only too well, have been on a remarkable run for the past six months. But this isn't another post warning of the bear market trap.

Roger Bootle, a well-known British economist, author and government adviser who has a solid bubble-forecasting record, is yet another who is adding his voice to those who preach that potentially crippling bubbles can and must be prevented - with doses of bitter medicine, if necessary.

And the irrationally booming markets have him concerned to the point he believes it's time to administer that bitter medicine.

“I don’t think it’s rocket science,” Mr. Bootle said earlier last week on a visit to Toronto to drum up business for his London-based research consulting firm, Capital Economics. “All I’m suggesting is a return to the old views of central bankers, in particular William McChesney Martin’s idea that the role of a central banker is to take away the punch bowl just as the party gets going.”

And what is the prescription for yanking away the punch bowl?

He stongly advocates imposing more stringent capital requirements or lending curbs on financial institutions and jacking up interest rates, even if it trips up an economy still trying to find its footing.

"The optimists in today’s markets could be right about the state of things to come," said Mr. Bootle. “But eventually one of two things is going to happen: Either the economy is going to be disappointing or interest rates are going to go up.”

The problem, of course, is that if the economy doesn't revive then crushing government debt and declining tax revenues are going to trigger interest rate hikes from the bond markets anyways.

Bootle joins the growing ranks of those who do not subscribe to the doctrine which says market booms are best left to collapse under their own weight, leaving the cleanup for after the party is over.

In the long run, ensuring the stability of financial structures is paramount, Mr. Bootle said. When bubbles are allowed to form, the ensuing mess is so hard to clean up “that it’s worth almost anything to prevent that.”

So the remedy, according to the likes of Bootle, is to yank the stimulus punch bowl away right now.

Yank the stimulus immediately by jacking up interest rates now (and cause considerable pain), or let the bubble run amok and deal with the catastrophe later (which will result from sky-high interest rates to fund exploding government debt and decimated tax revenue).

Regardless of the choice, the forecast is the same.

High interest rates are coming. One way or another, they're coming.

What a great time to assume massive amounts of debt on million dollar crack shacks.

How can this possibly end badly?

Please read disclaimer at bottom of blog.
Posted by Whisperer at 4:04 AM