A Death Knell for Over the Counter (OTC) Derivatives? 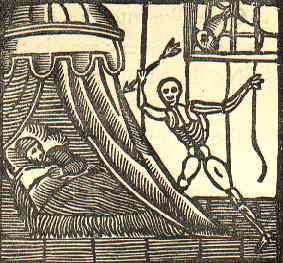 It's amazing how the Foreclosure Crisis keeps drawing me back, even on a day when the big news story is the Bank of Canada deciding not to raise interest rates today.

Locally most people are completely oblivious to the import of this topic and the impact it can have on EVERYTHING!

As you may be aware, in an attempt to create the illusion that this issue is over, Bank of America plans on resuming foreclosures in at least 23 states starting next week.

Ally Financial Inc's GMAC Mortgage unit is also resuming foreclosures once documents are fixed. Gina Proia, a spokeswoman for Ally, said that "as we review the affected files and take any remediation needed, the foreclosure process then resumes."

The presence of the NY Fed in this potential litigation says that the Fed is holding paper which does not qualify for holding according to its own indenture.

The New York Fed, Pimco and others are threatening litigation via demand letters to force the Bank of America to buy back $47 billion in OTC derivatives known as securitized mortgage debt.

Because the OTC derivative cannot stand the light of day in court, a demand letter is a powerful first tool.

The pile of OTC derivatives out there is over $2 Trillion and this move, certainly the start of many, is going to have massive reprecussions.

Look for the drop in gold and silver today, a result of the mindless actions of the computer algorithmic programs working their trades, to be quickly reversed.

Please read disclaimer at bottom of blog.
Posted by Whisperer at 5:27 PM

Email ThisBlogThis!Share to TwitterShare to FacebookShare to Pinterest
Labels: OTC Derivatives, US Foreclosures