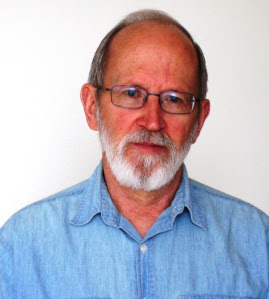 Dobbin has been a columnist for the Financial Post and Winnipeg Free Press, contributes guest editorials to the Globe and Mail and other Canadian dailies and now writes a bi-weekly column for the the on-line journals the Tyee and rabble.ca from his home in Powell River, BC.

Faithful readers will recall we have talked about him several times over the years, the last being September 2011 when we exposed the re-write of the CMHC page on Wikipedia; a sanitization which, among others things, removed a notation that CMHC had been directed by the Conservative Government to change policy to approve more high risk borrowers.

Dobbin has written another excellent article about CMHC and Canada's reckless banks.  You can read it on his blog or over on The Tyee.

When all is said and done, it is writer's like Dobbin who will have captured the full story behind the destructive housing bubble which we are currently travelling through; specifically that infamous Conservative direction to CMHC to approve more high risk mortgages back in 2008 (and if there was ever a story that warranted much more investigation, that's it).

The whole issue of the housing bubble, its extent and whether there will be a soft landing as predicted by many wishful thinkers has resulted in many interesting headlines in recent weeks – including some high on the delusional scale. One suggested that house prices are a mere 20% overvalued (if you believe that, I have a bridge to sell you). Another that Marc Carney, having solved the housing bubble issue, was now moving on to an allegedly different issue: economic growth. Into this mix rode the cowboy of the big Canadian banks, the Bank of Montreal (BMO), with a replay of its irresponsible low interest rate of 2.99% for a five year mortgage. The last time it did this, for a couple of months in early 2012, it scooped $7 billion in mortgage business.

BMO’s reckless move was preceded last January with its self-serving report prepared by free market diva Shelley Cooper suggesting that “…alarms about Canada’s housing market by international observers, from the International Monetary Fund to The Economist magazine, are exaggerated or simplistic.” Referring to Canada’s housing as “somewhat pricey” the gamblers at BMO felt no compunction last week in risking another mortgage war. Did I say gambling? Well, yes, gambling – with taxpayers’ dollars and the future of the Canadian economy. Virtually every housing loan is insured by you and me with the Canadian Mortgage and Housing Corporation sitting on $600 billion of loans it has guaranteed.

The story suggesting house prices were overvalue by just 20% was based on a report from Fitch ratings – a company which rates mortgage backed securities. A less sanguine and more objective estimate of the overvaluation comes from a report by The Economist – which says the figure is 78% as against rents (the highest in the OECD) and 34% (second only to France) as against income. The US is undervalued by 7% and 20% respectively – which gives you an idea of how bad things can get when a bubble bursts, or even if a balloon deflates – the favourite analogy of the wishful thinkers.

That 78% over-evaluation means that every new loan the banks make – and the deliberately seductive 2.99% rate – go to people who are going to be saddled with houses that on average are overvalued by 78%. BMO is like a pusher offering cheap drugs to people who apparently can’t resist. The rate offer comes at a time when there seemed to be a smidgeon of rationality creeping into the market. Not if the banks can help it. They know the real story on over-valuation as does the Bank of Canada and Finance Minister Flaherty. That’s why Flaherty chastised BMO for its new low rate. The reckless loan practices of the banks have given Canada the distinction of having the fastest growth of home-ownership of any OECD country – tracking the over-valuation notch for notch.

But the big banks in Canada listen to no one, not even governments which are pathologically pro-free market and who have bailed all of them out with billions in taxpayers’ dollars (more on that in a moment). They almost always get their way (amalgamation being the only important exception) and have no intention of sacrificing excess profits just because it threatens tens of thousands of home owners and the Canadian economy.

Could interest rates increase by 1.5 percentage points five years from now? Who knows? But if they did 17% of Canadian households would be facing unaffordable mortgage rates, according to estimates of the Canadian Association of Accredited Mortgage Professionals. Those defaults represent a big chunk of the $600 billion Canadians are on the hook for through CMHC.

Why would the banks listen to any word of caution when the CMHC guarantees virtually every mortgage they sell and eliminates the risk that most people imagine lenders assume? The collective profits of the big banks just hit a record in the first quarter: $7.33-billion, 11% more than the same period last year, and driven largely by the mortgage bingeing of Canadian consumers.

Another recent headline suggests none of this is worth worrying about. The Globe and Mail told us: “Carney shifts from housing bubble to sluggish growth.” The story reflects on Mark Carney’s claim that he has the mortgage bubble under control and he can now turn to economic growth. But just how Carney, limited to using the crude tool of interest rates, is going to do that is unclear.

And the problem is that housing is still the only source of real growth in the economy. While most people would assume, from all the talk about the stupendous wealth of the tar sands, that we are a “resource driven” economy, the truth is that resources pale in comparison to housing and related financial services. According to the Conference Board of Canada, the resource sector (energy, forestry, mining, agriculture) accounted for a mere 7% of GDP in 2012 while housing (finance, real estate, construction) accounted for 27%. If the housing market goes south, just what sector does Mr Carney think is going to replace it as a growth driver? He has now given “certainty” that rates won’t rise til late 2014 – something that is supposed to spur business investment.

But the additional certainty was minuscule and will not have the desired effect. No one expected Carney to touch the rate and even with a 1% interest rate the economy grew by a pathetic annualized rate of .6% in the third quarter and .5 % in the last quarter of 2012. Over two thirds of the economy is domestic and Canadians are amongst the most indebted people in the world (personal debt is at 160% of annual income compared to the US at 110%) – maxed out on credit and borrowing like mad on their slowly devaluing houses (home equity loans total $206 billion, equal to 12% of Canadian GDP. In the US the figure is 4%). Exports are down and staying there so just why would business (which is already sitting some $600 billion in cash) go to the banks to borrow when there is no prospect for new demand?

The fact is, neither Flaherty nor Carney have a clue what to do about the housing market or sluggish economic growth. Flaherty’s dilemma is that he dare not deal any more decisively with the mortgage madness for fear of driving the economy into recession. Housing sales are already down across the country due to his credit tightening but building continues at a rapid pace in places like Toronto (with some 50,000 units in the pipe). So just as re-sales slow, tens of thousands of new units will come on the market in 2013 creating a new glut and pushing prices further down. Is a recession by the fall on the way?

No one can fix this. Carney will leave the mess to someone else in July. Flaherty fundamentally believes that the government shouldn’t do anything to create growth except cut taxes so there will be no industrial policy option on the table where real investment in new stuff (like renewable energy) could be promoted. There will be virtually no new public investment with the possible exception of infrastructure. And the banks will continue their rogue and reckless behaviour because they can. They will not give up the goose that continues to lay golden eggs.

Talk about ungrateful. Have the banks forgotten that it was taxpayers’ money that saved their bacon in the great recession (the great bail-out is still unknown to most Canadians)? According to conventional wisdom, carefully crafted by the Harper government and rubber-stamped by the media, “our” banks did a great job of dealing with the economic crash and we didn’t have to put up a cent to help them. The implication is that they deserve to be left alone to make obscene profits.

But as David MacDonald, chief economist with the Canadian Centre for Policy Alternatives reported last year, the big banks actually got billions of dollars in backing from the government – $114 billion (7% of our GDP) at its peak in March 2009. According to MacDonald: “At some point during the crisis, three of Canada’s banks—CIBC, BMO, and Scotiabank—were completely under water, with government support exceeding the market value of the company. Without government supports to fall back on, Canadian banks would have been in serious trouble.” They were receiving support through financial programs of the Bank of Canada, the US Federal Reserve and, of course, CMHC. The latter provided cash by buying up $50 billion in the banks’ mortgage-backed securities over just a four month period starting in October, 2008. Over the next twenty-one months while receiving financial backing, the big five made $27 billion in profits.

Responsibility for the intractable mortgage dilemma can be laid decisively at the feet of Mr Flaherty and his own recklessness back in 2007. That’s when he opened up the CMHC’s mortgage business to US competition. We soon had the same lunacy here as they did south of the border: no down payment, 40 year, sub-prime loans. That year and a half experiment (Flaherty finally got scared smart and started to rein it in) is what spurred the irrational drive by so any Canadians to own a home. That rash action haunts Flaherty today and will ultimately ruin his legacy. It could even lose the Conservatives the next election.


Please read disclaimer at bottom of blog.
Posted by Whisperer at 11:01 AM

Email ThisBlogThis!Share to TwitterShare to FacebookShare to Pinterest
Labels: Murray Dobbin, The Tyee