Optimism become Hopium, but it's still a failed strategy 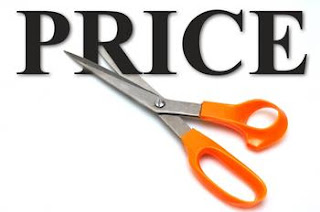 Real estate sales are down, way down.
"But low sales can only mean one thing:  the pool of eager buyers is building and the damn will burst, you just have to wait it out."
Essentially that's the message from BC Real Estate Association (BCREA) as they report on the dismal February sales statistics.
"B.C. real estate sales decline helps fuel drop in home prices" is the headline, which has to be frustrating because BCREA's Cameron Muir and Tsur Somerville (UBC Sauder School of Business) have spent so much time telling us prices won't be coming down.
But as buyers continue to stay away, Muir sends out a not-so-subtle message to sellers to bolster their confidence and hold firm on prices.

B.C. home sales continued at a modest pace in February," Muir said.  "Despite improved affordability, many potential buyers and sellers remain in a holding pattern.”
Muir’s estimate is that with sales down for such a long period, there are enough potential buyers who have put off decisions that there is what economists call “pent-up demand” building in the market and “it’s not a matter of if, but when home sales rise above their current pace.”
"Most B.C. markets have experienced relatively stable price levels during the first two months of the year."

In Vancouver, sales were down over 29% last month.
Across BC sales were down 24% in February compared to a year ago. This has brought the average BC price down 8%.
The South Okanagan Real Estate Board was worse.  They experienced a 33% sales decline.  The average South Okanagan price was down almost 20%. This region takes in Penticton and Osoyoos.
In Northern Lights, the area around Dawson Creek, sales in February were down 38%.
Perhaps it's time for another sermon from our buddy Somerville so he can tell us how prices simply can't come down any further and buyers shouldn't wait. Of course they would be much like the sermons he gave us on September 5th, 2012, October 13, 2012, and November30th,2012.
Which reminds us, spring is here.
Wasn't it west side realtor Andrew Hasman who was echo'd the Muir/Somerville mime and told us in December and that if you wait until March 2013, you will have 'missed the boat' on a huge Spring surge in sales?
Hasman swallowed the Muir/Somerville Koolaid and told us:

We continued to see slow sluggish sales activity on the Westside during November. That being said there is some promising news. The number of homes on the market at the end of November has dropped substantially since peaking in mid-September. I have also noticed a lot more calls on our listed properties combining with more viewings too. Even though sales volumes continue to remain well below last year’s levels, the shrinking supply and stable sales volume over the past 6 months points to a stable market moving forward. In fact, I’m going to go out on a limb and predict a robust Winter Market with brisk activity in January and February.

For home owners thinking about selling in 2013, keep in mind if you list your home in March (based on the last 4 years of sales activity) you missed the best time for selling. Home owners that listed their homes just before Chinese New Year achieved the highest selling prices. The period of Late January to end of the February was the busiest time for housing sales the last 4 years. Why should this year be any different?

Seems that limb broke on poor Andrew. How did that whole Spring surge thing play out? Here's Andrew's month end review for February 2013:

When you read the real estate market stats in the newspaper and hear it in the media its quite evident that Vancouver’s housing market continues to remain cool. Sales in February across the region were down again in February some 29% compared to last year and year to date are down 23%... There have been some generous price declines on some properties where home owners need to sell. For those that do not have to sell, many homeowners have taken their homes off the market waiting for better times.

Why is it so many in the industry think that buyers 'have to buy' whereas sellers 'don't have to sell' and can wait out the buyers?
The reality is that neither side has to do anything. But with credit rates at historic lows, little to no sales occurring, and no chance whatsoever that the Federal Government is going to ease up on mortgage regulations; it won't be buyers making the first move here.

There is only one solution: -lower prices. And no amount of lecturing or hopium is going to change that.
Rather than focus on brow beating buyers, it's time for the Industry to focus it's efforts on educating sellers on the realities of the current economic situation.
Our markets need a painful adjustment to heal themselves.  The quicker it happens, the better things will be for everyone.
==================