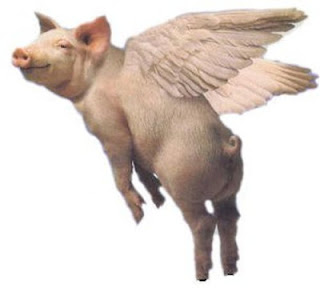 February real estate sales statistics are out and the news is now hitting the media.

This one catches the eye because it is devoid of any of the P/R spin from the regular players. In fact the opening sentence is almost like a cheap-shot directed towards industry rationalization of the last few months:

While Vancouver’s housing market has remained relatively strong since the 2008 financial crisis compared to most of North America, home sales took a dramatic dip last month compared to the same time last year.

You can almost feel the word 'zing' brush past your face.

The basic numbers for February:

Residential property sales plummeted 29.4% in February versus the year before, reaching their second lowest total in more than a decade, according to figures released Monday by the Real Estate Board of Greater Vancouver.

The 'turnaround' that the Real Estate Board of Greater Vancouver (REBGV) is hanging their hopes on is their belief that a few indicators hint the trend toward recent weakness is subsiding.

The hints lie in what the REBGV believes are positive signs from a much higher sales-to-listings ratio and slightly higher prices.

So amidst the highest listings totals for this time of year ever and an average price that was skewed higher because of low sales impacted with three large sales , this is a sign of a turnaround?

Meanwhile the spin from other quarters is that 'traction' is emerging as the masses grow tired of waiting for the bubble to pop.

As noted in the Globe and Mail: "Home sales slip further, but signs of traction emerge."

This time it's CIBC's Benny Tal:

Canada’s housing market may still be cooling, but there are fears in some quarters that “bubble fatigue” will pump it back up heading into the spring season.


What economist Benjamin Tal means when he uses that phrase is that home buyers are skeptical about whether the residential real estate market is heading for a sharp price and sales drop. At the same time, mortgage rates are declining, not rising.

Just this weekend, Bank of Montreal cut the price on its five-year, fixed-rate mortgage to 2.99 per cent from 3.09 per cent. That’s the lowest advertised rate among Canada’s big banks, and lower rates are available in the market.


“I think the spring will surprise on the upside,” the CIBC World Markets economist said on Monday.


Indeed, “bubble fatigue” may well prove wrong the forecast for dismal sales this spring, he added.


“People have been talking about a collapse for two years, so many are becoming a bit skeptical about that,” he said. “As well, rates are in fact going down, not up.”

What for 'bubble fatigue' to catch on as the latest way to rationalize a turnaround is coming.

But perhaps the most telling comment comes from our old friend Tsur Somerville.

Faithful readers know Somerville as the one you keeps telling us "prices are flat" and that holding our breath for prices to fall is pointless because it ain't going to happen.

But in this News1130 report,  Somerville appears to utter heresy:

A new report says homes in Metro Vancouver are overpriced by about 26 per cent...

“One thing that I find striking, though is that [with] current interest rates prices, make some sense, when compared to rents,” says Tsur Sommerville (sic) with UBC’s Sauder School of Business...

Relief might be on the way; the Fitch report says Vancouver’s overvalued real estate could correct by up to 15 per cent “over the next several years.”


“A lot depends on where interest rates go over the next few years,” explains Sommerville. “[If] interest rates three, four, five years from now are substantially higher than what they are now then housing prices will correct.”


Sommerville adds local home values could drop even more than the 15 per cent predicted by Fitch.


“If there was to be a correction, you might expect to see a bigger correction in house prices than in condos,” he explains.

So today becomes a historic day as even Somerville publicly concedes home prices could actually drop.

If one of the Province's chief bubble deniers is beginning to hedge his rhetoric, you know things are looking bad.


Please read disclaimer at bottom of blog.
Posted by Whisperer at 11:50 AM