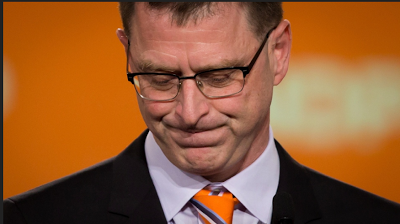 British Columbia has a proud tradition of bare-knuckle, drag-'em-out election campaigns. No other province can match B.C.'s flamboyant leaders, its salacious scandals and the trench warfare between free-enterprisers and socialists.

If there is a lesson for the BC NDP from this election it is to never, NEVER, forget the omnipresence of that idealogical battle.

The 1969 BC General Election had been a contest the BC NDP were expected to win, but didn't. In a case of ballot box reckoning, BC voters couldn't bring themselves to turf the stagnating Social Credit government of W.A.C Bennett. BC NDP leader Tom Berger stepped down, the party quickly drafted Dave Barrett as leader and Barrett was able to assuage the public's concerns raised by W.A.C's warnings against voting for the socialist hordes. Aiding Barrett was the fact W.A.C's collations of free-enterpriser's had fractured with defectors to the Conservative and Liberal Parties.

A split free-enterprise vote and a toned down 'socialist agenda' propelled the BC NDP to power in 1972 for one term.

The BC NDP were out of power until 1991 when Mike Harcourt, a moderate within the ranks of his social democratic party, led the NDP back to power. That time around, the decaying and corrupt Social Credit party was bitterly divided due to the leadership contest which saw Rita Johnson defeat the highly favoured Grace McCarthy.

Johnston's long association with the scandal-plagued Bill Vander Zalm significantly hampered her prospects of winning election in her own right. Many moderate Socreds switched their support to the previously moribund Liberals. The Socreds lost more than half their popular vote from 1986 and were cut down to seven seats, falling to third place in the Legislative Assembly behind the NDP and Liberals.

The split free-enterprise vote would be repaired when Gordon Campbell hijacked the BC Liberals away from leader Gordon Wilson. But in the first attempt at gaining power, Campbell suffered from voter ballot box reckoning too.

The Liberals entered the election leading in polls, due to a fundraising scandal in the NDP.  And while Campbell's party gained 16 seats and won a slight majority of the popular vote, the NDP retained enough seats to continue a majority government.

In 2001 a fully unified free-enterprise campaign almost wiped the BC NDP off the electoral map.

12 years after that disastrous outcome,  it appeared the BC NDP might rise again.

Complacent and arrogant, as long time governments always seem to become, voter dissatisfaction with the BC Liberals was high as scandal after scandal rocked the party. Dissension in party ranks was splitting the free-enterprise coalition.

What the BC NDP needed, at this crucial juncture, was an eloquent leader (like Barrett) and a business friendly moderate (like Harcourt).  What they got was Adrian Dix.

The election of Dix as party leader was the major blunder that cost the BC NDP the 2013 election, not the 'positive' campaign run by Dix.

On March 16th, 1999, during an RCMP investigation into the ‘Casinogate’ affair plaguing the BC NDP government of Glen Clark, Adrian Dix's office and computer were searched as the authorities hunted for evidence in the case.

From 1996-1999 Dix served as Chief of Staff to BC Premier Glen Clark. As the 'Casinogate' scandal closed in on Premier Clark, Dix faked a “memo-to-file” to make it appear that Premier Glen Clark had distanced himself from the decision to grant a casino licence in Burnaby. It was a manipulative attempt to absolve his friend, boss and roommate from having had any role in the decision to grant the Burnaby casino licence.

When confronted about what he had done, Dix lied and covered up the fact that the memo was a fake.

On March 24th, the day he was fired by Glen Clark, when asked by media about the fake memo, Adrian Dix lied again and said, “The memo is authentic, so I can’t comment on the police investigation.”

14 years has passed since those events, an eternity in the world of politics.  But was Dix the best man to go head to head with a corrupt, scandal plagued government?

If the election, as all BC elections seem to do, devolved to a bare-knuckle, drag-'em-out campaign... could "pot calling kettle black" back-fire on the BC NDP as ballot box reckoning gripped the electorate?

The fateful election of Adrian Dix only needed a spark to bring this scenario to fruition.

And that spark was provided by Charlie Wyse's fracking moratorium revelation and the subsequent Kinder Morgan announcement. There were two media interviews where Dix completely lost his composure when dealing with reporters. As one political reporter noted:

It was bad. If you can't deal with aggressive reporters asking questions it conveys a bad message to those watching. Doesn't matter if he doesn't have much experience with that, he should have been coached and he should have practiced because he did not know how to deal with it well.


The Kinder Morgan announcement was a killer for many - I would equate it to handing over a loaded weapon to your enemy. Didn't matter when or if he actually made the decision earlier, fact is he didn't share that with many people or the public so it came across as completely an election ploy to everyone who is not a die-hard NDP voter.

It is also an unfortunate reality that Dix did come with a lot of baggage via the memo, Moe Sihota and "the horrible 90′s". I cringed when he said "I was 35." Seriously. Thirty-five is not 19. Many people are married at 35, have kids, a mortgage etc, 35 is responsibility time, not excuse time.


Dix backed himself into a corner with this entire positive, nice-nice, err on the side of caution theme. The Liberals provided so many moments for the NDP to gain real ground factually but again, the complacency for most of the campaign was stunning. And when Dix did begin fighting back it was just too late and it was then looking extremely hypocritical. Much like doing the ad buy of the 24hrs cover looked after mocking the Liberals for doing the same thing.

And that's the crux. The whole candidacy of Adrian Dix was hypocritical.

Dix's actual ideological platform was in stark contrast to the mantra he was preaching.

"Chance for the better, one practical step at a time" was a trojan horse. In the heat of the campaign, the deception was revealed. What made the outcome so shocking was the fact that the deception didn't get revealed until near the very end.

Once it was, the election was over.

Moreover, his baggage from the 'Casinogate' affair made it impossible for him to call out the BC Liberals on their scandals. Hence the reason for the non-negative campaign... it was the only strategy to avoid a battle in which he simply couldn't gain the moral high ground.

After the NDP revelations regarding fracking and Kinder Morgan, the gap between the NDP and the Liberals narrowed dramatically as voters became fearful of the NDP.

Support for the B.C. Liberals seemed to materialize out of nowhere and galvanize, a trend that was very noticeable in the final 72 hours.

The BC NDP may well have blown a once-in-a-generational chance with this election. What they needed, what they still need, is a moderate leader who understands that increased social spending comes from greater revenue created by a vibrant and growing economy.

The lack of this understanding is what cost the BC NDP this election, not the negative campaigning of the BC Liberals.

The BC Liberals had been running a negative campaign since Dix became party leader and it wasn't getting them anywhere. Once the trojan horse agenda was exposed, and lacking a leader with the moral authority to combat it, the BC Liberals merely capitalized.

This is the central lesson of this election for the BC NDP.

Right now the party is flailing, blaming the media, the greens, the voters... and everything that moves for their loss.

There are a few, hard and crucial years ahead for this party. Will they learn the lessons they need to from this defeat?

Next: Lessons Part 2 - BC Liberals


Please read disclaimer at bottom of blog.
Posted by Whisperer at 9:59 PM

Email ThisBlogThis!Share to TwitterShare to FacebookShare to Pinterest
Labels: BC Election 2013, BC NDP election analysis