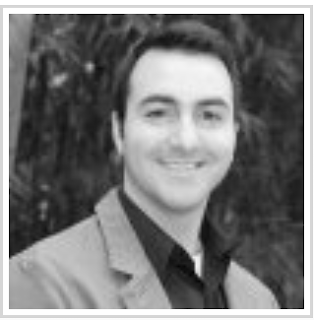 He's the latest realtor to gain notoriety for wrongdoing as the market continues it's slump.

According to CTV's coverage of the story last night, realtor Marco Vincenzi has admitted to forging condo documents, drafting and presenting documents without his client's knowledge, changing offer amounts without permission and keeping his client out of the loop on negotiations... all part of a ploy to increase the size of his realtor sales commission.

According to CTV, Vincenzi's client was making an offer on a Yaletown condo that had languished on the market.  What sparked an offer on the property?  The fact the condo was now being offered with a reduced commission.

Vincenzi took his client's offer, but then tried to make a deal behind her back that would compensate him for the money he stood to lose on that reduced commission.

The client, Janet MacKenzie, was alerted to these shenanigans when the seller's realtor brought them to her attention.

"The way that I found out what had happened was actually when the sellers' realtor had contacted me because she had noticed some discrepancies on the documents with my signatures," said MacKenzie.

MacKenzie went to Vincenzi's real estate office in Coquitlam, and demanded a meeting with his boss, Jason Watson, who insisted in a recorded conversation that Vincenzi’s days as a realtor were done.

"Ultimately by the end of the day, I can't say it will be tomorrow, but probably by Monday he won't have a license," said Jason Watson, managing broker at Sutton Group – West Coast Realty.

This would be a just fate considering these actions appear to be fraud and theft. Which begs the question, were the police called and criminal code charges laid?

Watson wanted MacKenzie to let the Real Estate Council of BC handle the matter instead. Mackenzie was assured Vincenzi would lose his license permanently, a punishment she (MacKenzie) felt he richly deserved.

Now faithful readers have commented frequently that the punishments handed out by the RECBC are often nothing more than a minor slap on the wrist, a cost of doing business.

So what happened to Vincenzi?

Originally, a hearing with the Real Estate Council of BC was scheduled for late March, but it was cancelled after Vincenzi agreed to a consent hearing, where he would admit to wrongdoing and agree to accept the council’s punishment.

After 16 months, CTV reports the council finally made a decision, but CTV doesn't reveal what that decision was in today's news story. Presumably that will be the topic of Part 2 to be aired tomorrow.

A quick search of the RECBC disciplinary decisions internet page doesn't reveal any announced decision yet.

Will Vincenzi get the the standard 21 day suspension, requirement to attend training and a $1000 fine?

Or will he have his licence permanently revoked, a fate this client Janet MacKenzie believes is a punishment he "richly deserves"?

Guess it depends what sort of faith you have in the RECBC.

Posted by Whisperer at 8:31 AM