Take your lumps, or buy useless insurance: the state of the real estate market in BC 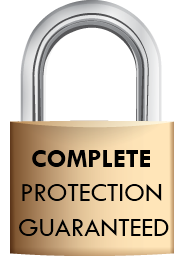 The Vancouver Island Real Estate Board (VIREB) is out with their stats for the month of April.  And as with all the real estate boards, they try to pretty-up the ugly stats.

Nanaimo home sales are up by 12 per cent screams the news headline.

Real estate sales were up 12 per cent in Nanaimo last month and seven per cent on the Island north of the Malahat, compared to a year ago, according to new sales figures from the Vancouver Island Real Estate Board.

Happy days are here again? Not quite.

Prices fell six per cent, on average in the VIREB region, and nine per cent in Nanaimo during the same period.


But on average, "prices are down compared to last year," said Cathy Koch, Nanaimo VIREB spokeswoman.

And that's the dig... prices are down on the Island.

It's final act as a bubble starts to unravel in a negative feedback loop and the condition the Industry pumpers fear the most.

So what do they recommend on the Island? Well... realtors don't make money unless there's a transaction happening.  And sales won't happen unless sellers accept reality and cut prices.

Ergo Ms Koch comes out with this tidbit for sellers...

Sellers need to price accordingly, and be ready to make less on the sale, which they'll likely make up on their next purchase.

Acceptance of what's coming on the Island?

Over in the Lower Mainland, were not quite there yet. But the fear of falling real estate prices is palpable.

You know the market’s in trouble when houses get the same treatment as flat screen TVs. But this is exactly what desperate realtors are reduced to these days. The so-called Buyer Protection Plan is sweeping through the Vancouver real estate biz, with about a hundred agents so far signed up.

You buy a sexed-up, web-smart TV at Best Buy and then find it cheaper at Costco? No probs, says BB. We’ll refund the difference.

You’re scared to buy a million-dollar fixer-upper in a Van hood because houses are falling? No worries, say the realtors. We’ll protect you. Sort of.

The bold idea: if the house you buy today is worth less in a year (almost a 100% certainty in most of the Lower Mainland) then up to 5% of the purchase price is refunded. For this to happen you need (a) a realtor offering the plan, (b) a seller willing to put 5% of the purchase price into a trust account for a full year and pay a lawyer to do so, (d) a premium payment of $299 and (c) statistical evidence of a price drop – not in the value of that house, but in average prices as determined by the real estate board.

So, it’s useless. Every house is unique. A buyer might only benefit if the home were appraised independently in a year, but that could easily (and legally) be challenged by the seller before funds were handed over. And a limit of five per cent? Pshaw. If I were buying in Van these days I’d want something closer to 20% – and no buyer alive is going to put $300,000 into a non-performing trust account upon unloading a $1.5 million house.

Clearly the Spring market has failed to respond as hoped.  So the advice today on one side of the Georgia Straight is take you lumps and take less for your house.  On the other, go ahead and buy at the higher prices and "buy protection."

Alrighty then.  What gimmick comes next?  Getting Vince to promote real estate? 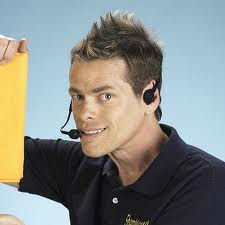 
Please read disclaimer at bottom of blog.
Posted by Whisperer at 8:06 PM