Turning off the taps 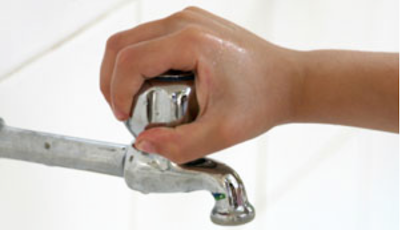 There seems to be growing enthusiasm that since the housing market hasn't crashed hard yet, that it's simply a matter of waiting out the downturns for it to take off again.

But there was an interesting article about the Canada Mortgage and Housing Corporation (CMHC) in today's Financial Post.

As we all know too well, CMHC has been the great enabler of our housing bubble. A condition which haunts policy makers and keeps them awake at night.

The federal government and policy makers are scrambling to engineer a soft landing for the country’s overheated housing market. As the largest provider of mortgage insurance in the country with about 75% of the mortgage default insurance market, CMHC plays a critical role in Canada’s housing market. In fact, the agency has been at the forefront of changes that made it easier to get a loan, much to the chagrin of the Finance minister, who has expressed concerns about the role CMHC has developed from its historical mandate to advance housing in Canada.

This is the most important consideration when taking stock of real estate in the Village on the Edge of the Rainforest... that "the federal government and policy makers are scrambling to engineer a soft landing for the country’s overheated housing market."

The correction hasn't even really started here but with policy makers determined to engineer it, why do people still believe it's not coming?

To bring about that "soft landing", the Post notes the Federal Government:

has attempted to curb CMHC’s growth and reduce taxpayers’ exposure by making it prohibitively difficult to obtain an insured mortgage backed by the federal government. For one, amortization terms were trimmed from a high of 40 years to a 25-year maximum. Furthermore, Ottawa capped the amount it is willing to backstop at $600-billion in an attempt to curb the amount of bulk insurance in CMHC’s portfolio. It is noteworthy that, according to CMHC’s annual report released Monday, it reported that it is insuring less mortgages in dollar terms, roughly $566-billion, in 2012, than it has in recent years.


Having reined in its lending activities, Ottawa also moved to tighten control and oversight of CMHC “to ensure its commercial activities are managed in a manner that promotes the stability of the financial system.” Mr. Flaherty criticized the extent to which CMHC’s commercial functions had commandeered its lending capacity and core functions, most notably CMHC’s willingness to provide default insurance on conventional mortgage loans with more than a 20% down payment, which is not required by law because they are considered low-ratio mortgages.

But while CMHC is insuring less mortgages, in dollar terms, than it has in recent years it is important to note that CMHC is reaching it's limit for insurance mortgage coverage.

In the hustle and bustle of everyday life, whispers are being heard of Canada’s mortgage cap reaching an all-time high with concerns about Canada’s economy hanging in the balance.


With mortgage rates at an all-time low, such as Dominion Lending Center reflecting 2.84 per cent on a five year term, homeowners have taken on substantial household debt.

Finance Minister Jim Flaherty was said to be concerned about lenders loosening their mortgage standards, resulting in “emerging risk” to Canada’s economy.


As well, the Canada Mortgage and Housing Corporation is nearing its limit for insured mortgages.


CMHC controls about 75 per cent of the market and is 100 per cent backed by the federal government.


The numbers say it all—CMHC’s number was about $541 billion in insured mortgages and the agency’s limit is $600 billion.


That leaving only $59 billion for future mortgages.

This has resulted in federal government is again cracking down on Canada Mortgage and Housing Corp. and the mortgage insurance sector.

Ben Rabidoux, analyst and strategist with U.S.-based Hanson Advisors, sums it up:

“Looking back over the last decade, I see an unbelievable mandate creep where CMHC was doing things that would infuriate taxpayers and running a massive, potentially public liability in the process. If there’s ever been a time to be cautious with giving out mortgage debt, now would be that time. What they are doing at CMHC is finally forcing it to act in the best interest of the general public.”

The taps are being turned off and with it goes the liquidity that permitted the bubble to inflate in the first place.

Without it the bubble simply cannot grow higher.


Please read disclaimer at bottom of blog.
Posted by Whisperer at 7:41 PM