One of the big attractions at Live City Yaletown is going to be a water/laser light show. Huge plumes of water are shot in the air and laser images are projected onto them. I first saw this effect demonstrated at Disneyland and it makes for an impressive show. 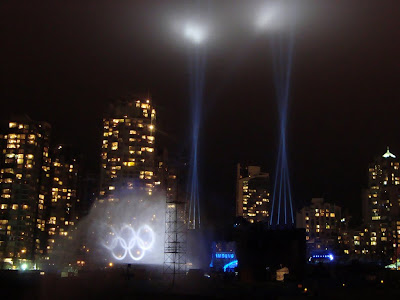 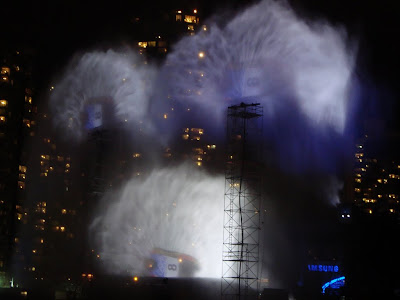 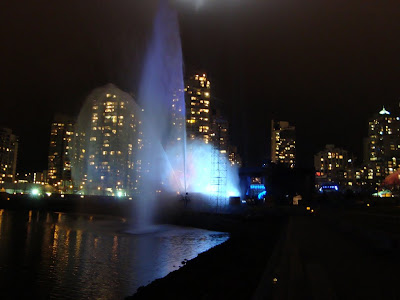 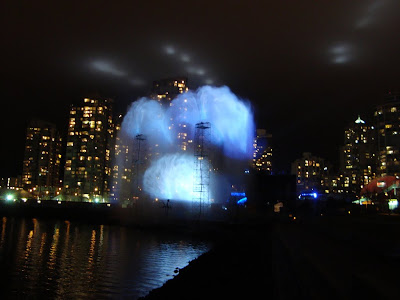 Another media shot for you. As the crowds left the 2nd Dress Rehearsal for the Opening Ceremonies, many members of the crowd funneled across the pedestrian walkway over the west side parking lot onto the Cambie Bridge... 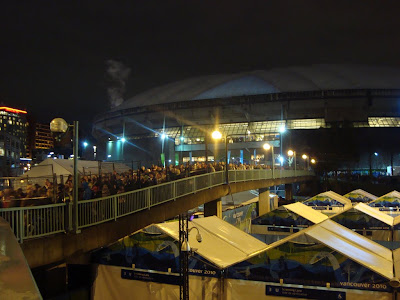 Waiting for them were this Asian TV crew (whose reporter spoke perfect English) They were trying to find out details of what was going to go on tomorrow, particularly with the indoor fireworks in BC Place. The reporter asked a young boy what his favourite thing was? "Fireworks" he gushed. And almost immediately everyone passing by hushed "Ssshhhhh, it's a secret." I do know there are plans for extensive fireworks outside, on the rim of the stadium as well. These were visible at Monday's Dress Rehearsal #1, but not last night. 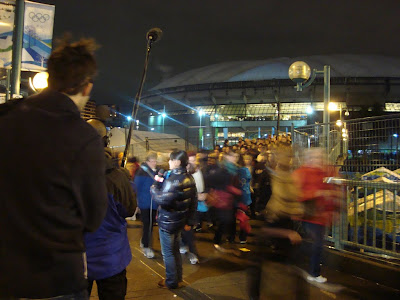 Please read disclaimer at bottom of blog.
Posted by Whisperer at 12:38 PM

Email ThisBlogThis!Share to TwitterShare to FacebookShare to Pinterest
Labels: Olympics