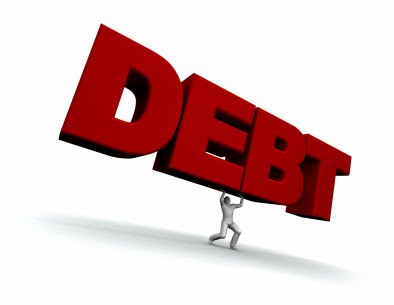 As the world watched the markets melt down in 2008, I commented constantly that what we were experiencing was a deep, financial earthquake the repercussions of which we do not fully appreciate or understand.

I maintain that viewpoint even today.

The chain of events set into motion in 2008 still have a long way to play out.

I have posted here numerous times before about the massive amount of private debt that has accumulated and how the system needs to allow this debt to unwind, no matter how painful this process will be (and it will be painful).

We cannot have meaningful recovery until this happens.

But Western governments have not allowed this to happen. They have intervened to prevent the pain. And no region has been shielded more than Canada, in general, and Vancouver, in particular.

Emergency interest rates and stimulus spending have been the most visible signs of this intervention.

But we are only delaying the reckoning.

And as the months go by, the shenanigans are exposing themselves.

Subprime mortgages in the United States were only a small tip of the iceberg, the first element to fall. Now the problem has spread to all areas of the housing market.

Investments built on that sham of the real estate bubble have crumbled all over the world, and in turn have crippled industry after industry.

In Europe, we are now coming to understand how Goldman Sachs Group Inc. (through it's management of $15 billion of bond sales for Greece) arranged a currency swap that allowed the Greek government to hide the extent of its deficit. The New York-based firm helped Greece raise $1 billion of off-balance-sheet funding in 2002 through the swap, which European Union regulators said they knew nothing about until recent days. Greece’s vast deficits caused it to fail the criteria for joining the single European currency in 1999, but it succeeded in 2001. With this manipulation by Goldman Sachs, Greece was able to gain entry into the European Union.

Now as debt caves in on itself, the situations in Greece, Ireland, Italy, Spain and Portugal are wrecking havoc.

Then there is Dubai. Temporary fixes have created some breathing room but clear warnings are coming out that time is running out for the country to restructure its debt and pull itself out of economic danger.

But nowhere is the mountain of debt more worrisome than in the United States.

"It keeps me awake at night, looking at all that red ink," said President Obama in Nashua, N.H., on Feb. 2. "Most of it is structural and we inherited it. The only way that we are going to fix it is if both parties come together and start making some tough decisions about our long-term priorities."

Over the past year alone, the amount the U.S. government owes its lenders has grown to more than half the country's entire economic output, or gross domestic product.

Even more alarming, experts say, is that those figures will climb to an unprecedented 200% of GDP by 2038 without a dramatic shift in course.

Keep in mind that the European countries are threatened by this very debt to GDP ratio. On a vulnerability index, the United States ranks 9th. 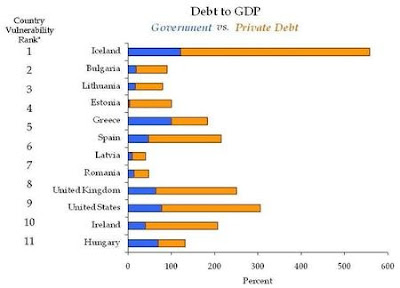 But what is looming in the coming months is going to place the United States in the same cross hairs currently confronted by the PIIGS and Dubai.

Symptoms of the looming problem can be seen in rising homelessness in rural and suburban America that is becoming so bad it is straining shelters, all the result of a perfect storm of foreclosures, unemployment and a shortage of affordable housing.

40 of America's states are in deep financial trouble. But none more so than California.

California's situation has been compared in relation to the United States what Greece is to Europe. But that downplays the significance.

Were it a country, the state's economy would rank eighth in the world - roughly the size of France and much larger than any of the so-called PIIGS. Portugal' economy is ranked 50th in the world, Ireland's is 56th, Italy's is 11th, Greece's is 34th and Spain's is ranked 13th.

Mighty California is drowning in debt. And it has shown itself incapable of managing its finances in recent years. It's now facing a $20-billion (U.S.) budget shortfall in the current fiscal year, and another big gap in 2011. Even with brutal planned cuts to government services and dramatic tax hikes, Republican Governor Arnold Schwarzenegger has asked for nearly $7-billion from Washington to fill the gap - a sum he is unlikely to get.

The shortfall equals a whopping 22% of the state's GDP. That compares with a projected 10.6% of GDP this year for the U.S. federal government's record deficit.

California can borrow money to build roads, schools and other capital projects that the State needs to fund, but it currently has $94-billion worth of bonds outstanding. And the ongoing expenses of government - education, health care, policing, jails, social services and the like - must be paid for out of this year's revenue.

When you combine the fact that more than 40 US states are headed for shortfalls, you start to get a sense of the looming crisis.

Those states cumulatively have a record $194-billion hole to fill, equal to 28% of total state budgets. And it's forecast that there will be another $180-billion gap in 2011.

The inescapable truth is that the mounting toll of unmet state obligations - more than $350-billion in 2010 and 2011 - compounds the debt threat facing the United States. Foreign investors, who help finance all that borrowing, will not much care who the debt actually belongs to.

We are now entering a time where the big players in the market are shorting the debt of soverign countries just like they did with the financial companies. Money is being made by taking countries down, all without a single shot being fired. How long before this mania turns to America?

The US government is either going to have to print money (and actually stick it into circulation - thus triggering hyper inflation) or the cost of borrowing money is going to skyrocket as hundreds or Sovereign nations, states, provinces and municipal governments pursue a limited supply of money.

We've lived through a 12 year period of historically low interest rates. That era is coming to an end. And it's not all that hard to see why.

For those who enjoy the pics I have posted on the Olympics, you can see more updates on this sub-site I have created. All future photo updates will be uploaded on this sub-site.

Please read disclaimer at bottom of blog.
Posted by Whisperer at 3:12 PM