Apparently it's only a bubble... if the bubble bursts (note: G&M link repaired) 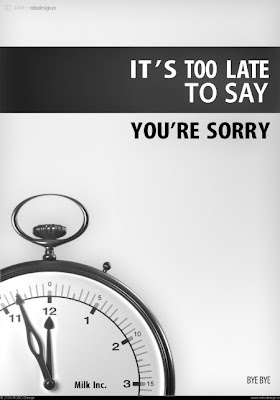 Okay... let me get this straight.

A senior bank executive, who spoke to the Globe and Mail on condition of anonymity, said, "we're not in a bubble yet, or a credit crisis."

But he then goes on to explain that the heads of the country's six largest banks have privately told federal government policy makers that they fear the wide-ranging economic fallout of a U.S. style binge-and-collapse in housing hitting Canada.

Now don't get me wrong. That's exactly what this blog has been saying for the past 14 months. But why, if the bankers don't believe we are in a bubble or face a looming credit crisis, are they worried?

The answer is simple - we are in one. That's exactly why they're worried.

It makes me wonder how all those perma-bulls, who have been deriding the likes of us contrarians, feel about the fact that our nation's banking elite is now sounding alarm bells?

Even the freakin' Wall Street Journal has come out and pinpointed the danger Canada is facing, a danger we all can see as plainly as the noses on our faces.

To wit: that household debt in Canada — largely mortgages — was 1.42 times disposable income during the second quarter of 2009, a record high. And because Canadian banks typically reset adjustable-rate mortgages every few years, those who are buying now at low rates will likely see major increases soon.

“This is exactly what happened in the U.S., when affordability had moved way out of whack with prices,” quotes the WSJ.

So what's wrong with this picture? I mean, why are the Canadian banks concerned?

You and I both know they aren't threatened by any collapse in home mortgages when these significant rate hikes kick in.

The vast majority of their housing mortgages are CMHC insured. So even though Canadian mortgages account for 40% of the loans of the six largest banks, and comprise the biggest chunk of their portfolios, Canadian banks face little risk of direct loss because of federal government mortgage insurance.

"It's not the potential of big losses on mortgages that scares banks," says Peter Routledge, an analyst at Moody's Investors Service. "But if there were a spike in foreclosures in Canada, as has happened in the United States, consumers would likely struggle to make payments on other loans that aren't insured, such as credit card debt."

"Imagine instead of a few hundred people in Toronto in any particular month being foreclosed upon, it's a few thousand. The impact on the broader economy would be significant," said Mr. Routledge.

Ahhh... the truth is revealed.

Our omnipresent (that's omnipresent, a latin term for 'weasel') Canadian banks know damn well that the future holds a dramatic upswing in interest rates, a development that will have crushing impacts on real estate.

But that's not what bothers them. Somehow these brain surgeons have only now realized that they have screwed themselves along with the rest of us - despite CMHC carrying the can on all this mortgage debt.

And now they desperately want to try and put the brakes on things before real estate spirals hopelessly out of control and comes crashing down.

But I've got news for them... it's already too late. There are already so many Canadians who have jumped on the low-rate money gravy train (either by max'ing out on their purchases or by extracting from the home ATM) that the looming significant interest rate hikes will begin the domino process that dooms our bloated real estate bubble.

But it's nice to finally see these weasels recognize and acknowledge what they have done, even though the only reason they are speaking up is because it dawned on them they aren't as protected with CMHC insurance as they originally thought.

So once again the story is all about interest rates.

Adding to the chorus of warnings is this one from Tim Bond of Barclay's.

Bond has been remarkably accurate in predicting the strength and length of the current global equity rally. He claimed that analyst estimates and high levels of bearishness would lay the foundation for a continuing equity rally - and he was right.

But yesterday he did an abrupt about-face.

“Fiscal dynamics point towards higher government bond yields in many economies, including the UK and US. History is unequivocal in linking fiscal deterioration to higher yields. This point is clearly becoming recognized by investors. As a result, a contagious process has started, during which risk premia in bonds, equities and currencies adjust higher to reflect the fiscal situation. This process is unlikely to remain confined to southern Europe, but will eventually embrace all those economies with sizeable budget deficits.”

That means Canada and, especially, the United States.

And what does Bond see on the horizon?

1)The majority of the G20 is a fiscal mess. 2)Demographic trends of the G20 are highly negative, and 3) Containing the long-term government debt problem will be painful.

Most alarming to Bond, however, is the close relationship between high debt levels and rising rates. In studying 6 developed nations over the last 20-30 years, Bond found that a 1% change in deficit/GDP caused a 32 bps increase in 10 year rates. Based on this, Bond says we are due for a substantial rise in global interest rates.

Not just an uptick, but a 'substantial' rise. Don't be surprised to see a return to late 1970s style rates.

And no five year fixed rate renewal is gonna save any Canadian family with a large mortgage - the time span of those high rates will easily surpass that period.

And the heads of the six major Canadian Banks see it too.

And if you read this blog all last year; you saw it coming as well.

On another note... only two days to go. 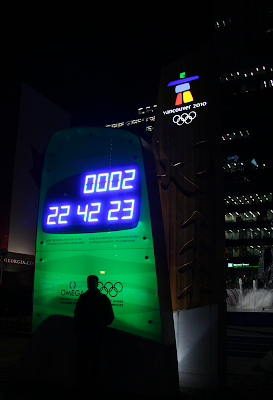 Please read disclaimer at bottom of blog.
Posted by Whisperer at 1:02 AM