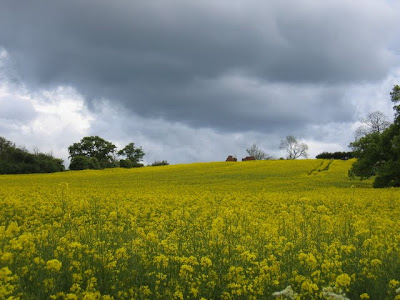 It comes as no surprise to readers of this blog to know that I firmly believe that higher interest rates loom in the not too distant future.

And when that circumstance comes to pass, Canadians are gonna get crushed financially.

Just look at how much debt Canadian households are carrying relative to their personal disposable income.

We like to say we are different from Americans, but it's hard to buy into that malarkey when you study the Bank of Canada (BOC) data. According to the BOC, the debt-to-income ratio of households in this country stood at 142% in the second quarter of 2009. That means for every dollar Canadians earned, Canadians owed $1.42 in debt.

Not only is that debt level exploding, but the BOC estimates that the ratio will rise to 160% in two years!

That's basically where it is for American households. And when it comes to household debt relative to GDP, Canadians and Americans are already neck and neck.

Shockingly, Canada is virtually the only country where households have taken on more debt during this recession. While total household debt in foreclosure-ravaged America shrank 1.7% over the last year, debt levels here jumped 7%. According to Statistics Canada, in November personal lines of credit surged 20% from the year before, loans for home renovations were up 31%, and balances of credit cards jumped another 6.9%.

But by far the most interesting statistic is that, in dollar terms, most of the increase in household debt has come as the result of the huge mortgages people are taking out to buy homes at today’s soaring prices. Over the past two difficult years of the economy, the total residential mortgage debt load in Canada ballooned 18.

“We’re the anomaly in global markets,” says Derek Holt, an economist at Scotia Capital. “We continue to climb to new highs with house prices and we haven’t seen any deleveraging among households. What’s so special about Canada that we should be experiencing this while every other industrialized economy went down and stayed down?”

Now we've talked at length here about how the BOC has been pounding warning drums to warn Canadians not to get used to the abnormally low interest rates of the last year.

And the 800lb gorilla in the room is those skyrocketing debt levels.

When interest rates begin to rise from their record lows (have I mentioned how this is, IMHO, a certainty?), borrowing costs will rise and hundreds of thousands of Canadian families will face a brutal cash crunch.

How bad is it going to be?

Recall that the BOC conducted a series of theoretical stress tests to see how Canadian households will fare should interest rates rise.

I wasn't aware of the values applied, but I am now advised that the stress tests analyzed what would happen if rates rose between 3.2% and 4.5% by mid-2012.

With the BOC benchmark rate currently at just 0.25 per cent, that is a sizable jump. And when a household’s debt-to-service ratio, a measure of monthly payments relative to income, breaks past the 40% mark, it’s considered to be “financially vulnerable” to financial shock.

What the bank found in its review was that if rates rose to the higher level, 9.6% of households would find themselves in that danger zone.

Amazingly, the BOC's test scenario of a jump in rates to even as high as 4.5% would still leave mortgage rates low by historical standards. Especially if, as many fear, the trillions of dollars in emergency liquidity that’s been pumped into the economy sparks inﬂation. But according to Ian Lee, a former mortgage banker turned Carleton University professor, given today’s insanely low levels, rates don’t need to jump that much to wreak havoc on Canada’s debtor class. “I was in the industry when mortgage rates went through the roof and I was throwing middle class owners out of their homes,” he says. “We’ve seen this movie before."

In fact we only have to look across the Pacific Ocean for a preview of how our future will be playing out.

In this Bloomberg story we get a glimpse of what is happening in Australia. The Aussies, like Canada, took emergency measures to stave off a collapse in their real estate industry.

And just like in Canada, the result was rampant price speculation in real estate.

But when the incentives to buy ended and now that interest rates have risen (the Australian central bank rate is now 3.25%), the Australian real estate market is starting to get hit.

As the Bloomberg story notes, rising rates are starting to trigger default conditions on Australian mortgages.

Last week a survey found 45% of all buyers who purchased in the last 18 months are under severe mortgage stress, with many forced to use credit cards to keep up their home loans.

And - what a surprise - when we take a closer look we find that Australians have a debt-to-disposable income ratio of 156% - almost identical to Canada's (145%).

The scary thing is that the 3.25% Australian central bank rate is nowhere near to topping out.

Australia is just starting to feel the pain.

Meanwhile ours looms ominously on the horizon.

Please read disclaimer at bottom of blog.
Posted by Whisperer at 12:29 AM