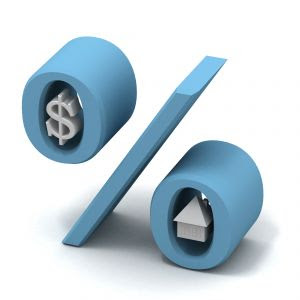 As I mentioned last week, the start of the Olympic Games would make it difficult for me to post on a daily basis and that's exactly what has happened. I have lots more Olympic pics for you, but I may stick them on a subsite and reference the link here.

The main news today is the new mortgage rules that the Canadian Finance Minister came out with.

In a nutshell (1) all borrowers must meet 5 year fixed rate standards instead of the previous standard of 3 years, (2) limit refinancing to 90% vs 95% of a home's value, and (3) require 20% down for speculative/investment mortgages that require CMHC insurance.

Comically Finance Minister Jim Flaherty said he is responding to growing concerns that Canada's housing market is overheating, but stresses there is no bubble in Canada's real-estate market.

We have a housing bubble and the government is scrambling to find ways to tamper the fire without putting it out.

As for discouraging speculation by demanding that prospective homebuyers who want to purchase a property for rental purposes will have to come up with a 20% downpayment, instead of the current 5%, Economists are already noting that it will be difficult for lenders to determine on which side of the line buyers fall.

And the creation of a test threshould of meeting a 5 year fixed mortgage rate? All this change does is limit the size of the mortgage you are going to be able to get; it doesn't prevent people from buying homes, it doesn't drive a lot of new homebuyers out of the market and it doesn't lead to higher payments.

Currently you can get a 5 year fixed mortgage for 3.75%. What kind of test threshold is that?

The infamous stress tests conducted by the Bank of Canada released at the end of the year tested current Canadian mortgages at a 4.5% rate threshold and found that 10% of all Canadians would be severely stressed at this level.

It all comes down to interest rates.

And on that front events are moving very quickly with the PIIGS, Dubai and the global demand for money. More on that tomorrow.

I steadfastly maintain that events will push intrerest rates levels to the historic norm of 8.25% AT THE VERY LEAST!.

That rate is almost double the BOC stress test rate that places 10% of Canadians in 'severe distress'. Recall that one morgage broker considers 8% to be a 'doomsday scenario'.

These are the same brokers, btw, who rationalized that anyone who receives a 5% down/35 year amortization mortgage "are getting them because they’re well qualified. It’s that simple."

Well... no it's not. And the fact that the Finance Minister's hand was forced into taking some sort of action proves that they are not well qualified.

But let's not kid ourselves. The new mortgage rules do nothing to address the dangerous and precarious position that a vast majority of current Canadian mortgage holders are already in.

When the global demand for capital pushes yields ever higher, the 'Canadian-housing-bubble-that-isn't' will trap all these Canadians and implode in spectacular fashion.

Interestingly, Minister Flaherty took a small jab at lenders in his release today, saying these rule changes are designed to “help prevent some lenders” from “facilitating” irresponsible lending.

Nice of you to finally admit that this exact problem already exits, Jimbo. The problem is... irresponsible lending has already created a collossal mess. And there is only one way that mess will be unwound.

Please read disclaimer at bottom of blog.
Posted by Whisperer at 2:09 PM