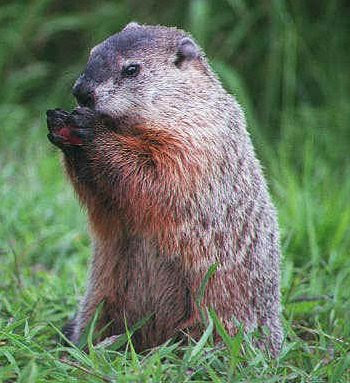 It's been a busy week so you will excuse the absence of posts. And as the games approach sporadic may become the norm, so I apologize in advance.

Interesting phone call from a colleague on the weekend. He reads the blog and was keen for my comments on the plunging price of gold.

Was I wrong about my prediction for 2010?

In what will become the theme of the 2010's, the American President has started to discuss the fundamental issue of our time: American debt.

Obama's candor on the issue this week lead to this article in the New York Times which analyzed Congressional Budget Office reports going back almost a decade.

The Times was trying to understand how the federal government came to be far deeper in debt than it has been since the years just after World War II.

The article included this terrific chart demonstrating succinctly the endless abyss that the actual US budget is becoming. It shows just how deep the sovereign debt rabbit hole goes. (click on image to enlarge)

Their observation? "This debt will constrain the country’s choices for years and could end up doing serious economic damage if foreign lenders become unwilling to finance it."

Those American politicians who paint rosy expectations for a surplus are dreaming in technicolour - the likelihood that the US can claw its way back out of the hole at this point are slim to none. Even David Gergen, presidential advisor during the administrations of Nixon, Ford, Reagan, and Clinton, was moved to comment on CNN yesterday that the debt is massive and threatens to trigger a dollar collapse and/or bankruptcy. He doesn't see either side - Democrat or Republican - having the political will to deal with the problem.

Meanwhile, at the other end of the spectrum, there is the US Federal Reserve.

The Fed is floundering for a way to have an effective policy rate in place when it starts to raise interest rates from record lows to keep inflation in check. Policy makers are concerned that the Fed funds rate may fail to control inflation as the economy recovers.

“One option you might want to consider is that our policy rate is the interest rate on excess reserves and we let the fed funds rate trade with some spread to that,” Richmond Fed President Jeffrey Lacker told reporters on Jan. 8 in Linthicum, Maryland.

The choice of a benchmark is the “front line of defense against inflation, and also it’s at the heart of the central bank being able to precisely and flexibly guide interest-rate policy in the recovery,” said Marvin Goodfriend, a former Fed economist.

In the past, the Fed had controlled the prime interest rate by buying or selling Treasury securities, adding or withdrawing cash from the system. That mechanism broke down when the Fed started flooding the system with cash after the bankruptcy of Lehman Brothers.

The deposit rate would help set a floor under the fed funds rate because the Fed would lock up funds by offering a fixed rate of interest for a defined period and prohibiting early withdrawals.

“In general, banks will not lend funds in the money market at an interest rate lower than the rate they can earn risk-free at the Federal Reserve,” Bernanke said in an October speech in Washington.

But as William Ford, a former Atlanta Fed president at Middle Tennessee State University in Murfreesboro said, there could be complications to using the deposit rate. "Banks may be able to generate more revenue by lending at prime rate rather than by earning interest at the Fed."

As the world loses confidence in the United State's finances, there are so many variables introduced that the Federal Reserve is playing with matches as it sits on a massive powderkeg of stimulus money.

I guess it comes down to having supreme faith in Bernanke's ability to predict what is coming and dance his way around it successfully.

And Ben's foresight is Stirling, isn't it?

One of the main problems is that Bernanke is only focused on money supply, and only on the money supply in the bank reserves.

There is a funny thing about potential money supply. It can grow quietly in assets, stored in investments and other less repositories of value, and then spring into action relatively more quickly, when wealth is converted to money, the medium of exchange.

Is is well known that many banks are playing the carry trade with funds freed up by having Fed money on reserve (and with the money they are generating for themselves from the interest the Fed is paying on those reserves). The huge profits they are collecting do not get stored in the reserve funds they have been given.

At some point they will inject this money into the economy in the form of lending. How will the US Federal Reserve control THAT when these funds start to enter the money supply?

Monetary inflation is deceptively simple, and immensely more complicated than the average person can allow, and the pundit will admit.

If there is one thing you can be certain about is that there is going to be great volatility in the coming months and years. And there is nothing investors love more than volatility, right?

That's why the price of gold sprang back up $35 an ounce in the last day and a half, and why I'm not the least bit concerned about the strength of my prediction for it to rise over $2000/ounce... or my prediction for the cripping rise in interest rates that will hit us in the years ahead.

Please read disclaimer at bottom of blog.
Posted by Whisperer at 10:12 AM