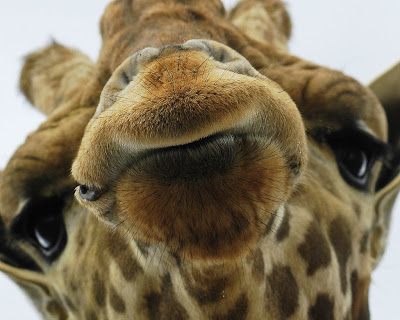 A cornucopia of things for you as I press my nose against the window of the world today. It's also only 7 days before the Games.

Since I will be in Downtown Vancouver during the Games, I hope to bring you some streetshot photos of things going on outside the venues - no promises though.

Less than flattering news articles on the downtown eastside continue. Here's one from the Globe and Mail.

Meanwhile the lack of snow on Cypruss is fodder for the late night talk show circuit. I mean, honestly, anyone who lives here knows that it's no great surprise there is no snow locally in February. Why on earth isn't every alpine event up at Whistler?

A sports segment on ESPN shared that sentiment when talking about Cypress Mountain. The host of the segment said, "This isn't the big downhill mountain, this is some dopey little mountain where they're going to hold their little dopey X Games events."

The people at the Council on Foreign Relations speculate that US interest rates on Treasury debt will be increasing around the end of the first quarter if the Fed discontinues its monetization of mortgage debt.

As the Fed has essentially purchased ALL new US Treasury issuance since 2009, that seems to be a reasonable bet (hattip: Jesse's Café Américain). 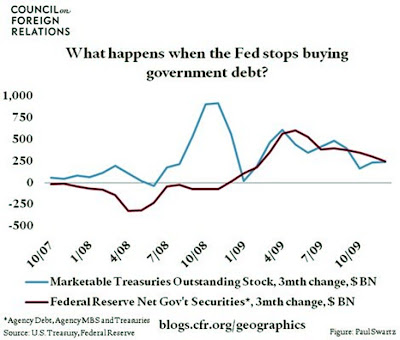 Gold has plunged downward as the US dollar surges against the Euro yesterday and today.

Why is this happening? The big story is the sovereign debt concerns of the impolitely nicknamed PIIGS. The PIIGS are Portugal, Italy, Ireland, Greece and Spain.

Driving the flight to the US dollar is concerns focusing on debt to GDP percentage of these countries.

What's so truly bizarre, however, is that the United States stands directly in the middle of the PIGS nations on the debt to GDP percentage scale!

In the US, state after state is facing serious budget problems. The latest is Connecticut as this report notes. "The signs of economic distress are everywhere -- in our towns, our homes, our businesses and places of worship. Connecticut residents are paying attention, and elected state officials who ignore what they are telling us do so at their own peril. If we thought that passing a state budget was difficult last year, just wait. This year's three-month legislative session will be brutal."

So... if the argument against the PIGS is the debt to GDP percentage. The exact same argument would place the US dollar in a crisis position.

Not to hard to see what lies ahead here.

It's becoming a race to the bottom, which ultimately is what makes currency values what they are. Watch for similar arguments about the size of the debt to GDP ratio to soon batter the US dollar.

The next two instalments of the Froogle Scott Chronicles are out over at VREAA.

Part 2: Up, Up, Up: Winning the Real Estate Lottery can be read here.

Part 3: Priced Out Forever? Vancouver Renters and Basement Suites can be read here.

That's it for now. Updates may or may not be added.

Please read disclaimer at bottom of blog.
Posted by Whisperer at 4:42 PM