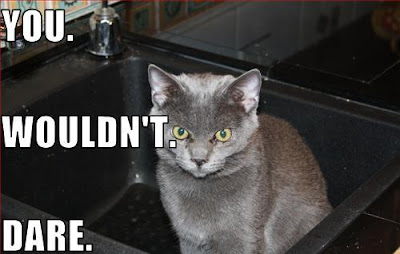 After the financial crisis of 2008, as the greatest recession since the Great Depression of the 1930s set in, Canada's economy fared remarkably well.
So well, in fact, that many Canadians are oblivious to all this talk of a 'Great Recession' around the world.
Everyone is aware of the 2008 Financial Crisis... but few appreciate how severe the underlying credit crunch was.
And that's because Canadians never really felt that crunch.  The banking sector in Canada insulated our citizens from the worst of that crunch.  Because of the emergency level interest rates brought in by the Federal Government... because the Canadian Mortgage and Housing Corporation (CMHC) dramatically lowered the requirements to qualify for a fully backstopped mortgage... and because CMHC insurance fully guaranteed mortgages given out by Canadian banks, those Canadian banks  kept on lending money to Canadians.
As a result Canadians kept on buying.
But the availability of cheap credit has driven Canadian household debt levels to record highs. Household debt as measured against disposable income currently sits at a record high of 147%.
As Canadians have piled into massive consumer spending, and buying as much house as they could afford under emergency level historic low interest rates, there is this perception that the Bank of Canada will never raise interest rates because they wouldn't dare upset the economy.
This, of course, if pure nonsense.
Echoing this sentiment is the chief economist for  RBC Global Asset Management, Eric Lascelles.
You can clearly see how the domino's will inevitably fall here.
Once the Bank of Canada raises its key lending rate from the current “astonishingly cheap” one per cent, costs of servicing mortgage and other debts will rise.

By January 2010 it was evident the Australian collapse has started.  As Mish Shedlock observed:
Since January 2010 the Australian collapse has picked up speed. Yesterday's Australian TV clip quoted a stunned Aussie who said "I don't think anyone saw it coming."
That will be our future.  So many do not see what is coming. And right now we're still telling ourselves, "they wouldn't dare raise interest rates."
But as the chief economist for RBC Global Asset Management noted... they most certainly will.
The risk is clearly greatest of all for those who have just purchased a home since the 2008 financial crisis.
All the people who were lured by emergency level interest rates over the last 3 years are, on average, earlier in their career, and their income has not yet fully blossomed. They often begin with little equity in their dwelling, having neither contributed much equity up front, nor made many mortgage payments, nor have they enjoyed the fruit of rising home prices.

Their debt load is likely at its lifetime peak.
As Lascelles’ notes, the outcome of rising rates will be quite painful these buyers.
The only remaining question is... do these buyers represent a systemic risk similar to the devastation on the U.S. economy of its housing collapse?

Interestingly Lascelles discounts this outcome.  Despite that fact that many will face higher rates when they renew, Lascelles argues that by the time many do renew the impact will be mitigated by three years of rising household incomes.

A downturn saved by a rebounding economy? Didn't American economists predict that same outcome in the United States?

In 2007 many well known economists in America (like the infamous Ben Stein in the clip below) were adamant that the few who would be affected by resetting mortgages at higher interest rates would not adversely affect the overall real estate market.
And in the summer of 2011, a similar sentiment seems to exist in Canada.

Not only will interest rates will rise, but the mantra of "they wouldn't dare" will give way to "I don't think anyone saw it coming"... just like it now has in Australia.

And just like we see in Australia today, the impact here will be more severe than expected.