Meltdown: The Secret History of the Global Financial Collapse Part's 1, 2, 3 & 4 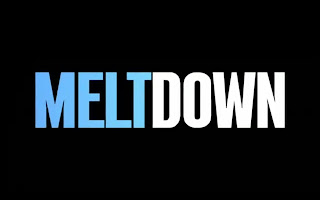 The latest attempt to cover the Great Financial Crisis of 2008 is this excellent by the Canadian Broadcasting Corporation (CBC). Yesterday we noted that Al Jazeera had been broadcasting the series, but the documentary is actually a CBC production.
Titled Meltdown: The Secret History of the Global Financial Collapse, the series is a four-part investigation that takes a closer look at the people who brought down the financial world. Here all all four parts of the series.

PART 1
The first episode of the series was posted yesterday but we are reposting it today for continuity.

Titled 'The Men Who Crashed the World', we hear about four men who brought down the global economy: a billionaire mortgage-seller who fooled millions; a high-rolling banker with a fatal weakness; a ferocious Wall Street predator; and the power behind the throne.

Here is the second episode of the series, 'A Global Tsunami'.

This epispde looks at how the financial tsunami swept the world, how a renegade executive nearly destroyed the global financial system and how the US treasury secretary bailed out his friends.
PART 3
Next up is the third episode of the series: 'Paying the Price'
In this episode the effects of the global collapse are looked at.  In Iceland, protestors force a government to fall. In Canada, ripped off autoworkers occupy their plant. And in France, furious union workers kidnap their bosses.
PART 4
Finally we present the fourth episode in the series, 'After the Fall'.
In this episode investigators begin to sift through the meltdown's rubble. Shaken world leaders question the very foundations of modern capitalism while asking: could it all happen again?
﻿
==================